Ryan Laplante (“protentialmn”) “won some flips, lost some flips” on Wednesday in WSOP Online Event #22, $500 No-Limit Hold’em Turbo. The CardsChat ambassador didn’t win the tournament — he busted in 31st place ($2,913). In the process, he extended his consecutive cash streak in the series to nine. He’s cashed a total of 14 times throughout the series. 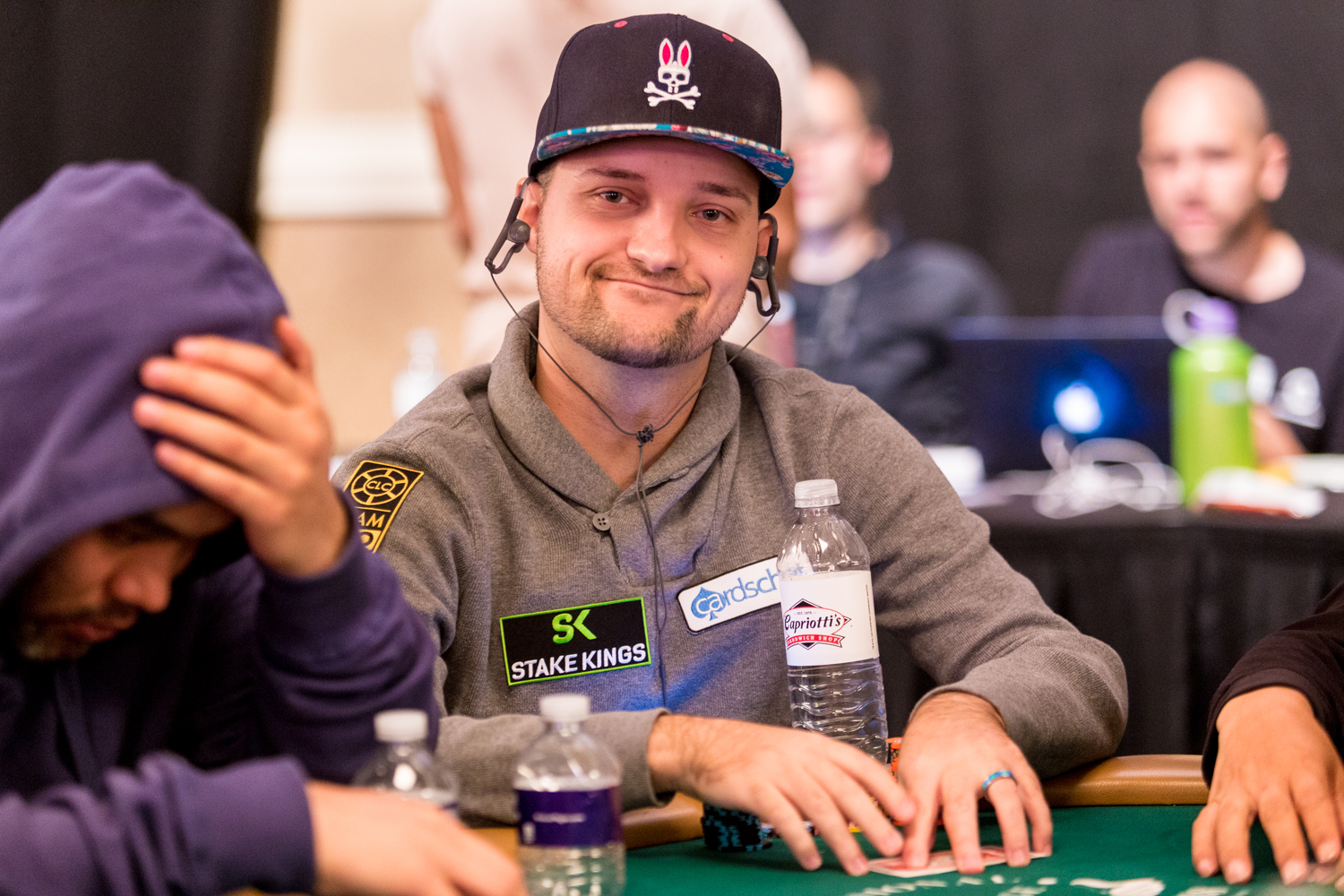 Ryan Laplante will really smile if he turns one of these cashes into a bracelet win. (Image: SuperPoker)

He defeated Myler Kotler (“shipmethemoney”) in a quick heads-up match. The turbo event forced the players into a shove-or-fold mode soon after the bubble burst with 248 players remaining. Kotler took home $74,039 for his efforts.

Mike Matusow (“mouth123”) is also having a solid series, and nearly reached Wednesday’s final table. “The Mouth” busted in 10th place, taking home $7,247. He now has eight cashes through the first 22 events, but still remains without a bracelet since 2013. Also without a bracelet this year is Daniel Negreanu, who scored his 10th cash of the series in Event #22, this one 32nd place for $2,913.

Laplante memorably won his first and only (to this point) bracelet in 2016. He earned it for shipping the $565 Pot-Limit Omaha event ($190,328). Afterward, he tearfully accepted his bracelet during a ceremony just days following the mass shooting that killed 49 people at a gay nightclub in Orlando.

Laplante hasn’t quite reached those heights since, but he’s getting closer. The Learn Pro Poker coach and founder has 14 cashes this series, including an active streak of nine in a row. No player has more cashes during the WSOP.com online bracelet series.

His deepest run came on July 5, an 11th-place finish for $8,681. The Minnesota native will attempt to extend his streak to double-digits tomorrow in Event #23, the $500 No-Limit Hold’em Knockout, a freezeout tournament that begins at 3 pm PT on WSOP.com.