Ryan Fee made a killing off Doug Polk’s $1.2 million win, which he let Daniel Negreanu know about via the purchase of a new Lamborghini. Some might call it trolling, others might call it petty, but it sure is a sweet ride. 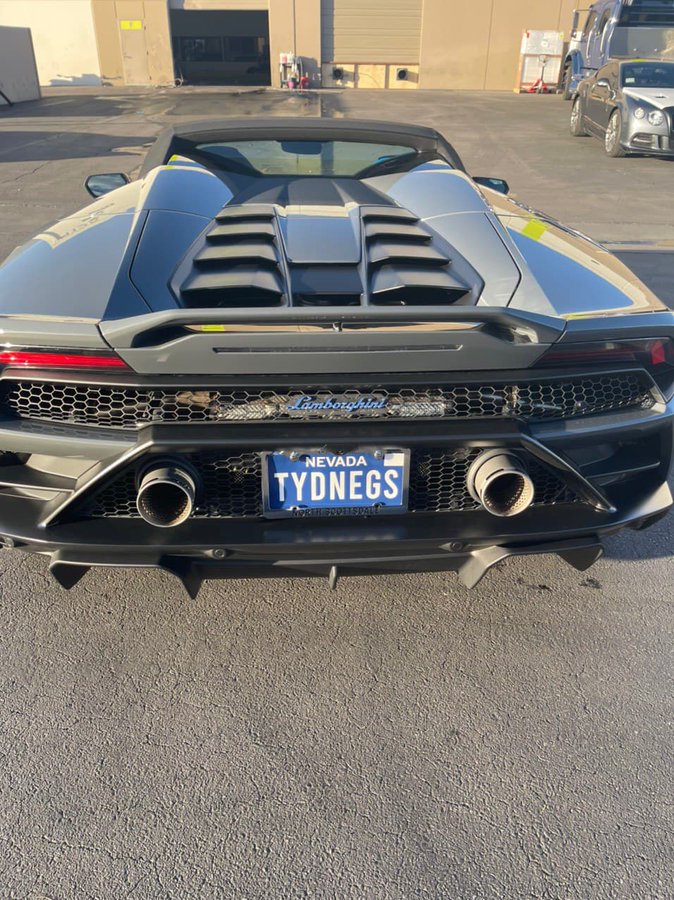 Fee, due to his friendship with Polk, doesn’t exactly have a cordial relationship with Negreanu. They’ve traded jabs and insults on social media in the past, including following a January session in which Negreanu blasted Polk for nearly $400,000.

You have pinky dick energy.

I would probably hate life as much as you seem to if… pic.twitter.com/RnRp2eD8JZ

The maturity level between the poker pros went up another notch when Fee, who co-owns Upswing Poker, responded with, “You have dumb scrub energy who’s still going to get blown out by the end of this thing.” And Negreanu then fired back by bragging about how even if he loses big he’ll still be rich, have a hot wife, and a large private part. Basically, it was the typical conversation you’d expect from a couple of upstanding grown adults.

“Why do you hate him so much? As an amateur poker player I’ve always enjoyed following you, but your ugliness here is kind of pathetic honestly,” Twitter user @matt_621 asked Ryan Fee in January.

Ryan Fee has a Beef with Negreanu

Most likely, the hate stems from Polk’s six-year feud with Negreanu. But at least Polk has shown some class and respect for Negreanu ever since the challenge began in November. Fee, on the other hand, let’s just say he isn’t exactly ready to move on and let bygones be bygones.

Following Polk’s $1.2 million win over “DNegs” in the highly publicized heads-up poker challenge, Fee took his winnings from the match and purchased a brand new Lamborghini. Of course, you can’t buy a $200,000 Lambo without customized plates. But, perhaps, mocking someone who had just lost $1.2 million with those custom plates is crossing the line of decency.

Fee’s Nevada plates read, “TYDNEGS,” short for “thank you, DNegs.” He clearly made a killing off the match. How much he won and how he won that money isn’t clear as he isn’t disclosing that information publicly. Perhaps, he had a piece of Polk’s action or bet big on Polk to win. Either way, he used that money to troll and taunt the losing player.

This isn’t the first time someone from the Upswing Poker crew has trolled Negreanu in this manner. Polk took out a billboard outside the Rio in Las Vegas during the 2018 WSOP mocking Negreanu, who was a PokerStars ambassador at the time, for defending the poker site’s increased rake. The billboard read, “MoreRakeIsBetter.com,” a play on the “More Rake is Better” meme started on Polk’s YouTube channel.