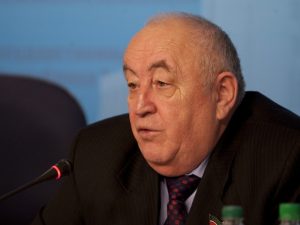 The Russian online poker community took another step backwards recently after a proposal to fine Internet gamblers was drafted by the region of Tatarstan.

The region of Tatarstan is home to more than three million Russians, many of which play poker, but if the local officials have their way then anyone caught playing online will be fined.

According to one of the bill’s sponsors, Rafil Nugumanov of Tatarstan’s State Council, the proposals are designed to curb the effects of problem gambling and make it easier for the government to drive out illegal iGaming operators.

Players Could be Fined

In addition to fining players, the bill will also seek to impose fines on underage gamblers and their parents ($75 to $150) as well as landlords who allow online gambling in properties they rent out ($2,270).

Although the bill is still under consideration, it will come as a blow to poker players in Russia who were starting to think that the industry would soon be legalized.

As it stands, online poker is illegal in Russia, but despite the laws many players still ante-up on sites based offshore.

In fact, a more accurate assessment of the Russian iGaming market is that it’s unclear at best as an Internet watchdog has the power to block sites, but site owners also have the right to contest these decisions which makes for a very confusing dynamic.

Regulatory Talk Comes to Nothing

Over the last few years there has been endless talk of regulation in Russia, but so far nothing has materialized.

Back in 2015, a study by the All-Russia Centre for the Study of Public Opinion found that 85 percent of Internet users classed poker as a skill game. This result prompted talk of poker being aligned with chess and tax revenue from the industry being used to fund the National Chess Federation.

This idea resurfaced at the start of 2016 when a proposed law to classify poker as a skill game hit the headlines; unfortunately, there has been little progress on this.

In fact, with a new bill now planning to fine anyone caught gambling online, online poker could be in danger of further vilification in Russia.

Of course, if the government does decide to classify poker as a skill game it would take it out of the new bill’s remit, but until that happens, the game will technically remain illegal within Russia and, therefore, a politically loaded topic.