Russia Weighs Luck vs. Skill in the Global Online Poker Debate, and Findings Could Lead to Legalization 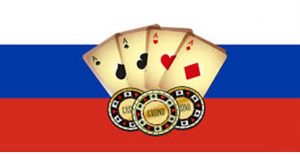 Legalized online poker in Russia is a strong possibility in the near future. (Image: HighstakesDB.com)

For proponents of online poker in Russia, it’s not quite yet time to celebrate. But it is time for optimism, if recent indications hold true.

Online poker is currently illegal in Russia. But poker remains popular among Russians, many of whom play online, regardless of legalities.

In the near future, those Russian poker players may be able to play the game they love on the Internet without worrying about the law coming after them. Internet poker legalization may soon be coming to the country led by controversial President Vladimir Putin.

The determination most likely rests in whether Russian lawmakers decide that poker is primarily a game of skill, or one of chance. If they discover what all experienced poker players know, that it is a skill-based game, online poker may soon be legalized in all or parts of the country.

Should the new Russian law be passed, poker site operators would first need to get licensed there and accept the country’s regulations. It is uncertain why progress is finally being made now, but many believe a decision could be made within a few months.

If you are wondering why Russia would consider legalizing online poker, the answer is quite simple:  money. Poker is a popular game throughout the world, played by many Russian citizens. As in the US, licensed operators would also be regulated and taxed, with the licenses themselves no doubt bringing in large fees as well.

The current poker ban in Russia has, according to a member of Russia’s Kremlin-appointed Civic Chamber, done nothing other than bring the game to illegal, underground poker rooms.

“We are trying to counteract the illegal online gambling, but we understand that it is very difficult to control the Internet in principle,” Pavel Sychyov said.

“In particular, poker went underground after the ban,” he said. “The game did decline, but not for long. And the [national] budget stopped receiving taxes.”

When online poker was banned in the United States, the game’s popularity took a big drop. Many players begin playing online before playing live, so iPoker bans in large countries hurts the brick-and-mortar game also. Of course, even land-based gaming in Russia has only been legal in four regions since 2009, when Putin created four legal zones for casinos.

Russia is the 9th largest country in the world, with just over 144 million citizens, per a 2015 estimate. Should the country legalize online poker and potentially bring in major site operators such as PokerStars and 888, the overall popularity of the game is likely to increase.

Legalization won’t happen overnight. This will be a long process, but poker players in Russia are more optimistic about the possibility of eventually being able to play online legally than a year ago.