Russia could be on the verge of regulating online poker, following a meeting in Moscow this week on gambling regulation, chaired by Russian Deputy Prime Minister Igor Shuvalov. 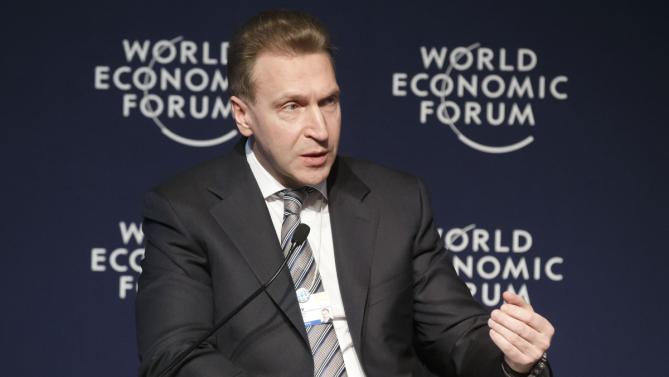 Russian Deputy Prime Minister Igor Shuvalov has agreed in principle that poker is not gambling and that the law forbidding it should be amended. (Image: AP/Michael Euler)

Shuvalov has been mulling the idea of legalizing online poker for some time. In July 2014, the Deputy PM instructed the Ministry for Economic Development and the Ministry of Justice to prepare a report on the viability of such a project.

According to Russian news site Interfax.Ru, it was established at the meeting this week that poker is not gambling in the traditional sense, and that the government should amend the law to reflect this.

A poll conducted in October 2013 by the Russian Public Opinion Research Center found that the country’s opinion is broadly in step with this view. According to the research, 52 percent of Russians said that people should have the right to play poker if they wanted to, while just 24 percent disagreed. Meanwhile, 42 percent agreed that poker is an intellectual game, while just 25 percent disagreed.

Last month, President Vladimir Putin, who appears to have a general distaste for gambling, approved a study to examine how taxes generated from regulated online poker could be used to fund Russian sporting bodies.

Economic sanctions are hurting Russia, and the Federal Assembly is eager to find new ways of raising funds. A regulated online poker market could potentially bring in 2 to 3 billion rubles ($58 million to $87.5 million) to the state’s budget per year, a figure that could grow to exceed 5 billion rubles ($145 million) over time.

The former figure is based on an estimate of 1 to 1.5 billion rubles levied as a tax on operators, with the same amount derived from an income tax on players.

Poker Once a “Sport” in Russia

Russia had a surprisingly liberal attitude to the game until relatively recently. In 2007, the Federal Sports Agency declared poker not just to be a game of skill, but an actual sport. This was short-lived, however; the ruling was revoked in 2009 because many of Russia’s legal poker clubs were investigated and exposed as illegal casinos.

In the same year, Putin launched an authoritarian anti-vice crackdown, which also targeted smoking and underage drinking. The government banned all forms of gambling in the majority of the country, instead creating “gambling zones” in remote areas, such as Vladivostok, away from big cities.

Last year, the Russian Supreme Court ruled that ISPs can be held liable for sites that offer illegal Internet gambling to Russian citizens. The prosecutor’s office compiled a blacklist of around 50 companies that it wanted service providers to block, including PokerStars, PartyPoker, and Carbon Poker.

I think I would put money on Russia, after all, the USA seems to be the land of the free from temptation nation.

Meanwhile, 42 percent agreed that poker is an intellectual game, while just 25 percent disagreed.

How can anyone think the game of poker does not require intellect? (…. 25% is clueless… obv. )