“We should just hit copy and paste this event all across the country,” one high-ranking official said during Jason Somerville’s 2016 Run It Up Reno, a stop that has developed a reputation as being both fun and competitive. 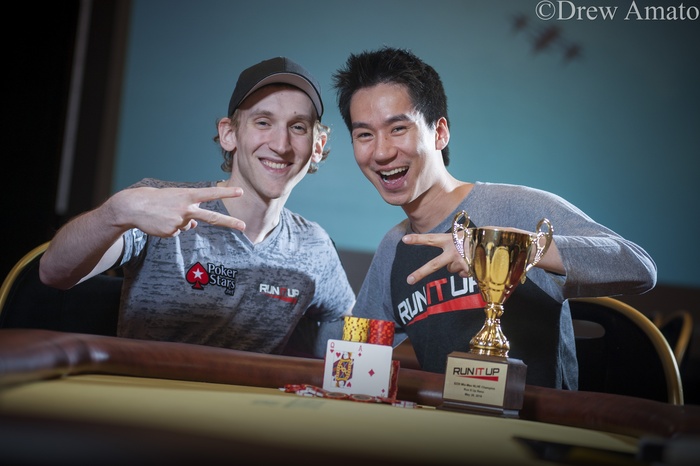 Thanks to his live Twitch stream, Somerville has been able to spin what was once a live component to his online show into a premiere standalone festival. His legions of fans spread across the world. In the week leading up to the 2016 World Series of Poker, he was able to attract fans from such far off locales as Germany, Singapore, and Australia to the Peppermill Resort Hotel in Reno, Nevada.

It was there that players drank, played poker, and enjoyed a series of extracurricular activities, such as cash game hangouts, a turkey burger welcome party, a Magic the Gathering draft, and rubbing shoulders with castaways from the hit television show Survivor, which just wrapped its 32nd season.

A longtime fan of the popular reality series, Somerville invited the likes of poker pro Anna Khait, who competed on the most recent season in Kaoh Rong, along with Tyson Apostol, who won a million dollars in Season 27’s Survivor: Blood vs. Water. Both Rob Cesternino and Stephen Fishbach, each two-time Survivor contestants who now host the popular Rob Has a Podcast (RHAP) entertainment podcast, were also on board in Reno.

And perhaps the show’s most popular player of all time, “Boston” Rob Mariano, was in attendance and event managed to win an event, which I recently covered on CardsChat. Besides Mariano, there were a slew of notable winners during the weeklong RIU Reno events.

Canadian Kevin Martin became the latest poker player to sign on as a part of Team PokerStars Pro Online. Martin, a contestant on Season 3 of the Canadian version of the Big Brother TV show and formerly a rock radio host, was offered the sponsorship after building a Twitch audience of more than 1,000 average viewers per session. 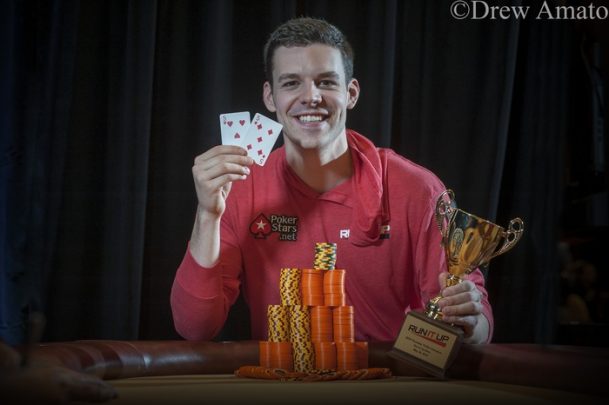 Martin joined fellow PokerStars teammate Somerville in Reno, and it resulted in Kevin notching his first career live win. It happened in the $235 Thursday Thrilla, a tournament that attracted 216 runners, when Martin defeated Steve Nevius in heads-up play to capture a $5,805 first-place prize.

The added bonus of $1,400 in bounties collected along the way made the take even nicer. Martin wasted no time in heading south to Las Vegas for his first-ever WSOP experience.

With more than $1.1 million in lifetime tournament earnings, the $4,300 Randy “nanonoko” Lew won for taking down the RIU Reno $235 Mix-Max No-Limit Hold’em was just a drop in the bucket. Still, the Team PokerStars Pro wore a big smile while showing off his gold trophy, only the second he’s ever won (the other was for his 2011 APPT Macau Main Event win).

“Feels good to win my second trophy,” Lew tweeted after the win. “This is the friendliest most fun poker series out there.”

The 10th event on the RIU Reno schedule drew 61 players, and evolved from eight-handed to six-handed, then down to four, before the final eight players played it out in a series of heads-up matches.

At the final table, Blake Vincent began with nearly half the chips in play, but all eyes were on Jason Somerville, who was looking to win his own event. The show host made a legitimate run at it, but ultimately took fourth place. 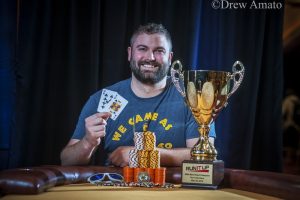 The 9♠ turn locked it up for Vincent, and he officially claimed victory after the meaningless 4♠ was run out on the river. Cloninger earned $30,700 for finishing runner-up, while Vincent took home the $46,410 top prize.

Here’s a bigger picture look at those who walked away with titles at the 2016 RIU Reno:

RIU Reno is set to return to the Peppermill in October. We’ll be there to bring you all the action, naturally.