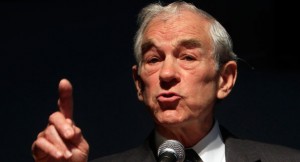 Ron Paul, who has accused the backers of RAWA of being in thrall to “one powerful billionaire.” (Image: frontpagemag.com)

Ron Paul has launched a stinging attack on Sheldon Adelson and his Restoration of America’s Wire Act (RAWA).

Writing an op-ed for Eurasia Review, the former presidential candidate and US Representative from Texas condemned RAWA as a “blatantly unconstitutional infringement on our liberties that will likely expand the surveillance state,” which “worst of all … is all being done for the benefit of one powerful billionaire.”

The bill, which is sponsored by Senator Lindsey Graham and Representative Jason Chaffetz, both Republicans, seeks to introduce a blanket ban on online gaming in America by rewriting parts of the 1961 Wire Act to restrict “any transmission over the Internet carried interstate or in foreign commerce.”

Currently, the language of Wire Act is interpreted to prohibit only online sports betting across the Internet.

John Pappas, President of the Poker Players’ Alliance, has warned the online gambling industry to be particularly vigilant during the current “lame duck” session of Congress, when efforts to push such a bill through might be intensified. A lame duck session refers to the period when Congress meets after its successors are elected, but before the successor’s term begins, and thus is a time when outgoing congressman may be more inclined to take risks.

Paul, who as a conservative libertarian, is fiercely opposed to the intrusion of federal government on matters that might be perceived to be a curtailment of freedom, also blasted the bill’s backers for cronyism and for denying that they are motivated by a desire to please Adelson.

“It is an open secret, at least inside the Beltway, that this legislation is being considered as a favor to billionaire casino owner Sheldon Adelson,” he wrote. “Mr. Adelson, who is perhaps best known for using his enormous wealth to advance a pro-war foreign policy, is now using his political influence to turn his online competitors into criminals.”

“Supporters of an Internet gambling ban publicly deny they are motivated by a desire to curry favor with a wealthy donor. Instead, they give a number of high-minded reasons for wanting to ban this activity. Some claim that legalizing online gambling will enrich criminals and even terrorists!” continued Paul in his op-ed piece.

Paul also believes that the bill is representative of a creeping interference by Washington in the way Americans use the Internet, and compared it to the Patriot Act, which was used to justify increased spying activities on Internet use in the wake of 9/11.

“Government bureaucrats will use this new authority to expand their surveillance of the Internet activities of Americans who have no interest in gambling, just as they used the new powers granted by the Patriot Act to justify mass surveillance,” he said.