For being 11-1, Alabama was a controversial pick for the College Football Playoff. But despite being ranked 4th in all three polls, they are favored to win the national title (2-to-1), a clear sign that Las Vegas bookmakers think the selection committee was right to snub fifth-ranked Ohio State. 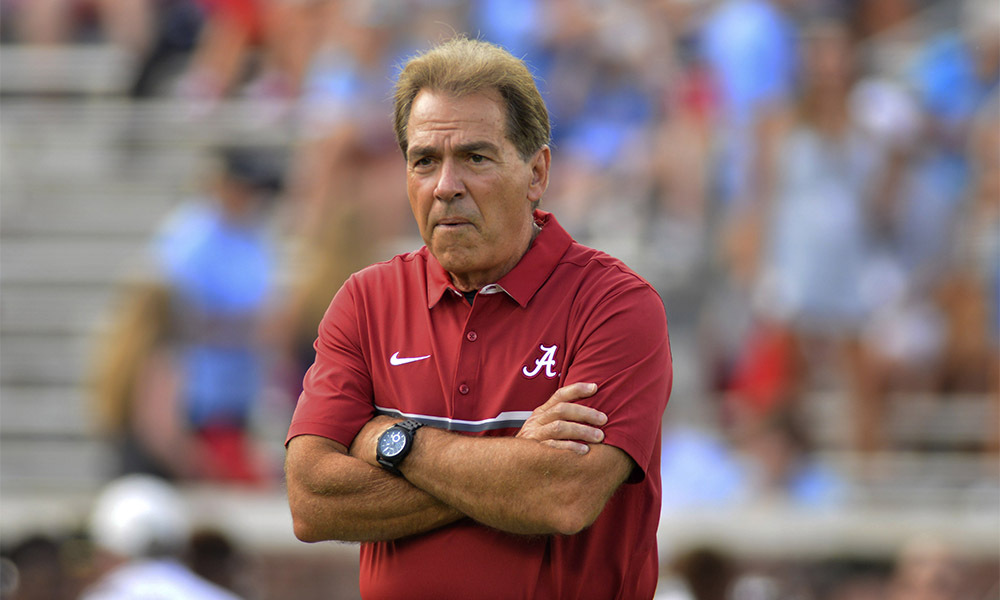 Nick Saban’s Alabama Crimson Tide barely squeaked into the final spot of the 2018 College Football Playoff, yet his squad is favored to win the whole thing. (Image: USA Today)

The Crimson Tide was last year’s runner-up. They lost to bitter rival Auburn two weeks ago, preventing Alabama coach Nick Saban’s squad from returning to the SEC Championship for the fourth year in a row.

Instead, Georgia (12-1) beat Auburn (10-3) on Saturday, securing their spot in the four-team College Football Playoff. Oklahoma (12-1) and Clemson (12-1) followed suit with convincing victories in the Big-12 and ACC Championship games, respectively.

That left one final spot unaccounted for. Ohio State (11-2) held on to hand Wisconsin (12-1) their first loss of the year in the Big Ten Championship, which many thought should be enough to grant them the coveted fourth invite.

Head coach Urban Meyer made a case for his Buckeyes following the game, but the selection committee announced on Sunday that Ohio State’s 55-24 loss to an underachieving Iowa team in November was the difference maker in choosing the final team.

So instead it went to ‘Bama. And on Jan. 1, the Crimson Tide will roll into the Mercedes-Benz Superdome in New Orleans for the College Football Playoff semifinal at the 2018 All-State Sugar Bowl, offering a rematch of last year’s thrilling national championship game.

Alabama, the first CFP team ever to not win its conference, opens as a 2-point favorite against the nation’s top-ranked team (over/under 47.5). Clemson avenged a mid-season loss to a brutally bad Syracuse team, a program that hasn’t won anything meaningful since the Donovan McNabb era in the 1990s, making some wonder how that defeat was overlooked by the selection committee, but Ohio State’s loss to a decent Iowa team wasn’t.

If the oddsmakers are correct and the favorites win the national title, it will be the second time a Saban-coached team won it all in a year his squad failed to win its conference.

Alabama isn’t a heavy favorite to win its fifth title under Saban, however. His team barely gets the nod over Clemson (11-to-5). That means Las Vegas gamblers have plenty of confidence in the defending champions.

Oklahoma, seeking its first national title since 2000, will face Georgia in the Rose Bowl, the other semifinal game, on Jan. 1. The Sooners, led by Heisman front-runner Baker Mayfield at quarterback, are favored by one point over Kirby Smart’s Bulldogs, the SEC champions.

College Football Playoff teams, showing their national rankings and records against the spread.

The game figures to be a high-scoring affair (O/U 60). Oklahoma is 11-to-4 to win the national title. Under first-year coach Lincoln Riley, the Sooners bounced back from a stunning home loss to Iowa State in early October, winning its final eight games.

If you love betting the over/under, the Sooners have scored at least 40 points in six of their last seven games. Granted, that was against mostly mediocre Big 12 defenses, not a fundamentally sound Georgia team. But with Mayfield (4,340 yards passing) under center, it’s tough for any defense to contain Oklahoma’s offense.

If there’s a team out there, however, that can keep the Sooners’ offense in check, it is the stout Georgia defense, a unit that allowed just 13.2 points per game. The Bulldogs (7-to-2 to win it all) are the least likely playoff team to win the whole shebang, based on the odds.

The winners of each semifinal game will square off at Mercedes-Benz Stadium in Atlanta on Jan. 8 to determine the 2018 college football national champion.