Turns out even fierce competitors can be friends, at least for one event. The World Poker Tour and PokerStars have teamed up for a tournament series called the PokerStars Championship WPT MonteDam Swing. 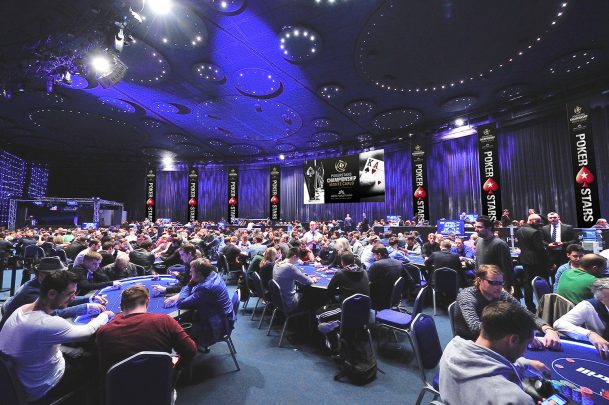 There are four qualifying contests and an expected prize pool of $34.6 million. It begins April 25 in Monte Carlo and ends May 13 in Amsterdam.

“For many years, PokerStars and the World Poker Tour have collaborated behind the scenes to ensure the scheduling of our major events is done in the best interest of the players,” said Adam Pliska, CEO of the World Poker Tour. “We are proud to take the collaboration a step further with the creation of the PokerStars Championship WPT MonteDam Swing, and we welcome all players to kick off a spectacular three weeks of poker.”

In addition, all players who participate in at least one PokerStars tournament in Monte Carlo and one WPT tournament in Amsterdam will receive an online ticket to take part in a freeroll at PokerStars, with a prize pool of $30,000. Players who compete in both Main Events will receive a $300 voucher towards buy-ins for the 2017 PokerStars Spring Championship of Online Poker.

One side attraction during the event is the chance to drive a Ferrari or Lamborghini while in Monte Carlo. PokerStars is giving away more than 100 rides and will have a draw to award the free rides.

In Amsterdam, the May 5-8 WPT DeepStacks will have a $1,600 buy in and the winner will receive cash, a ticket to the last event of WPT DeepStacks Europe and $550 for travel. The final event in the swing will be the May 9-13 WPT Main Event.