To poker fans, Paul Magriel was the wild player who would often say, “Quack, quack.” What most don’t know is that Magriel, who died in his sleep on Monday at age 71, was to backgammon what Doyle Brunson is to poker. 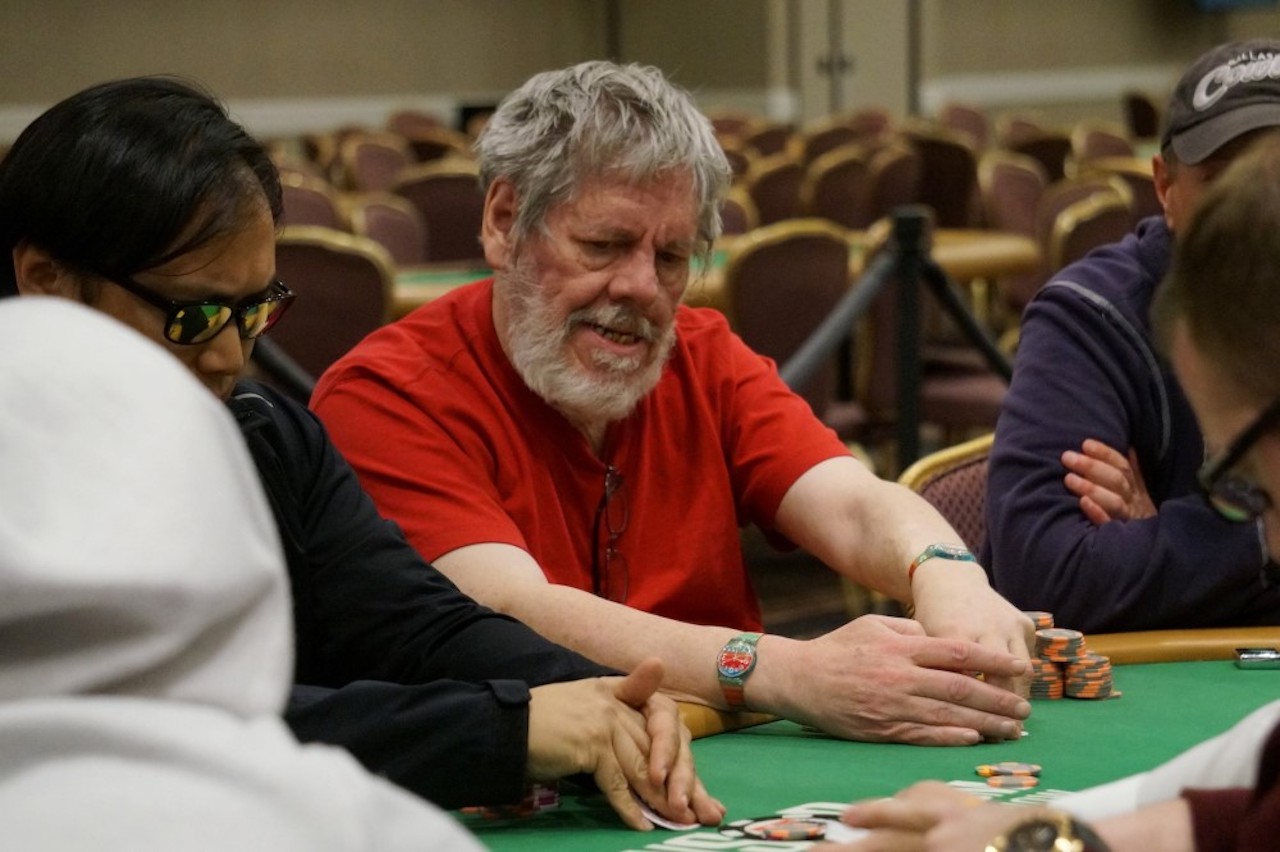 Paul Magriel, one of the best players in the history of backgammon, was a familiar face at New York’s famed Mayfair Club. (Image: WSOP)

On Monday, news of Magriel’s passing was announced by Bill Robertie on TwoPlusTwo, and word quickly spread when Erik Seidel sent out the following tweet:

“Woke up to the sad news that backgammon legend Paul Magriel (X-22) has passed away. He changed the game w his book, was a generous & enthusiastic teacher, he changed my life & the lives of many others.”

Wrote the Book on Backgammon

When it came to games, Magriel loved them all. At just 19, he became the New York State Junior Chess Champion while studying at New York University, where he would graduate a year later with a BA in mathematics.

However, his real expertise was in backgammon, which is where he earned his “X-22” nickname. He was the 1978 World Backgammon Champion and co-wrote both “Backgammon,” still considered the game’s bible, and “An Introduction to Backgammon: A Step-By-Step Guide,” both published in 1976.

He was profiled in the New Yorker, which is where he explained how he came to be known as X-22.

Magriel, who wrote weekly backgammon columns for The New York Times from 1977-1980, was considered one of backgammon’s best teachers and thinkers. He is thought to have won the most major backgammon tournaments in the world.

In the poker world, Paul Magriel amassed $527,364 in tournament winnings. In 1985, he took down the $1,000 Grand Prix of Poker in Las Vegas at the Golden Nugget for $79,625. It was his first score in poker, and the biggest of his career, even though he’d continue to finish in-the-money in more than 70 tournaments over the next 32 years.

However, what many fans best remember about Magriel was his habit of saying “Quack, Quack” when betting an amount such as 2,200 or 22,000.

In 2005, Magriel gained even more poker notoriety during the World Series of Poker Main Event when he squared off against Phil Hellmuth. It happened when the “Poker Brat” raised to 1,600 with the A♦Q♥ and Magriel, who was seated to his direct left, three-bet to 6,600 with the 7♥7♦. Hellmuth, who was low on chips, moved all in for 6,725 more and Magriel called.

“Off to the races,” he said to Hellmuth. Indeed, it was a flip but the 9♥J♣4♣9♠5♦ runout eliminated Hellmuth from the Main Event.

True to form, Hellmuth found his wife on the rail and his true nature boiled to the surface.

“That maniac put all that money in with two sevens, honey,” he vented to his wife Kathy. “Did you see that? That’s about the worst hour of poker I’ve ever had in my life. I knew Magriel was going to go off like that too.”

I helped support Paul Magriel in the last year of his life. We also tried a gofundme page and I sent out plea for help worldwide to various Backgammon & Poker sites and Top Players.

A FEW HEROICALLY donated what they could, but MOST sites and players I appealed to did NOTHING.

To those people praising him after his death it would have made an infinite better difference to Paul if more of you had helped him while he was alive.

To those few who did help THANK YOU, truly THANK YOU.

It did make his last year better.

For those of you interested here is Paul’s page with his own description of his life and what he wanted to do at the end.