Rich Alsup Talks About Winning MSPT Player of the Year for 2016: CardsChat Exclusive 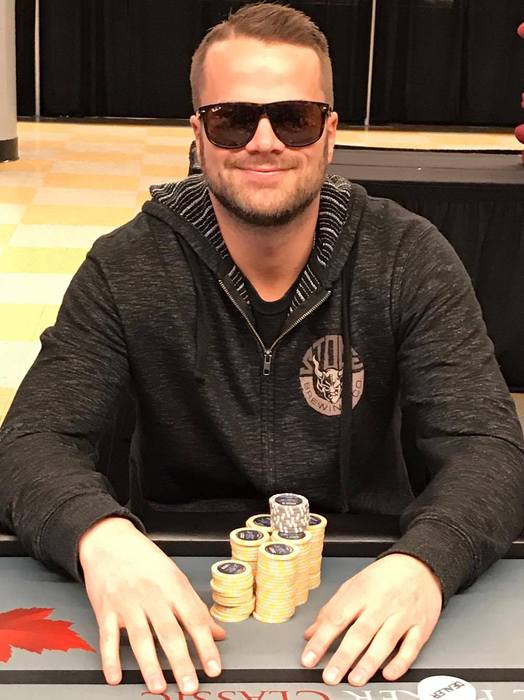 No player has been as consistent on the Mid-States Poker Tour as Rich Alsup, who nearly won back-to-back POY titles. (Image: MSPT)

Since its inception, the Mid-States Poker Tour (MSPT) Player of the Year race has always come down to the year-end finale at Canterbury Park. In Season 7, Rich Alsup needed to finish in 27th place or better in that event to take the title from his good friend Carl Carodenuto. He took 26th.

Amazingly, it came one year after Alsup finished runner-up to Mark Hodge on the Season 6 POY leaderboard. In that race, Alsup needed to finish seventh or better at the MSPT Canterbury Park final table. He busted in ninth place.

This season, Alsup came on strong later with three cashes inside of a month. Throughout the year, he had six cashes for $126,639 and three final table appearances. That included a runner-up finish to Carodenuto in the MSPT Golden Gates for $68,919, fourth in the MSPT 2016 Wisconsin State Poker Championship for $34,280, and sixth in the MSPT Running Aces for $13,287.

For his accomplishment, Alsup will receive POY recognition and a $1,100 Main Event seat to the Mid-Season Championship at The Venetian in Las Vegas as well as $400 cash toward airfare. He will also receive $250 to every Mid-States Poker Tour (MSPT) Main Event in Season 8 (up to $5,000). In addition, CPA group Kondler & Associates will provide Alsup with free tax services for all his winnings.

Poker is His Passion

Born and raised in Minneapolis, Minnesota, the 32-year-old Alsup is one of four children born to a school teacher (his mother) and probation officer. Upon graduating from high school, where he played baseball and basketball, Alsup worked several jobs in the hospitality and insurance industries. But when he turned 23, he quickly found that poker was his true passion.

“I was 12 years old playing against my neighbor Aaron Tallbot,” Alsup says when asked how and when he learned poker. “We played a variety of games such as Stud, five-card draw, wild cards, and played for five dollars a match.

“This went on for a couple summers until I kind of lost interest and moved on to other activities. When I turned 18, I got back into poker when my good friend, Dan Hobbs, started hosting a game 3-4 nights a week at his townhouse loft.”

“The games at Canterbury ended up being a lot tougher then my local home game at the Hobb’s house, but I was determined to keep playing and become a better player,” says Alsup. “It took me a few years of grinding it out before I had enough confidence to start winning enough to support myself without a regular job.”

A few years ago, Alsup began playing on the MSPT and notched two cashes in Season 5, including his first final table. Then, in Season 6, he had five cashes, including a runner-up finishes in the MSPT Meskwaki, a tournament he would go on to win eight months later. It was a great overall performance second only to Hodge.

“After coming so close in Season 6, then to come back and win it in Season 7 was pretty surreal,” said the POY of his two incredible years. “Having fun playing poker and supporting myself were my primary drivers, but winning player of the year was a true thrill and just made the year even better. I hope to carry on my winning streak next year.”

Capturing the title wasn’t easy though, as Carodenuto held a 100-point lead over him heading into the last stop of the year. Six others were also within striking distance of the title, but when most of them failed to make Day 2 of the tournament, a feat Alsup accomplished on Day 1A, he knew it was his to lose.

“I had a good chip count and felt confident, but I know how quickly things can change,” he explains. “Overall I felt optimistic, which as time went on turned to confidence. I love the blind structure of the MSPT because it really gives me time to utilize the skills I have developed over the years.”