States have shown much more interest in authorizing sports betting than online poker since the Supreme Court overturned the Professional and Amateur Sports Protection Act last year, with many citing higher revenues from sportsbooks as a primary reason for the added interest. But Rhode Island officials learned the hard way that sports betting isn’t always a guarantee, even for the bookmakers. 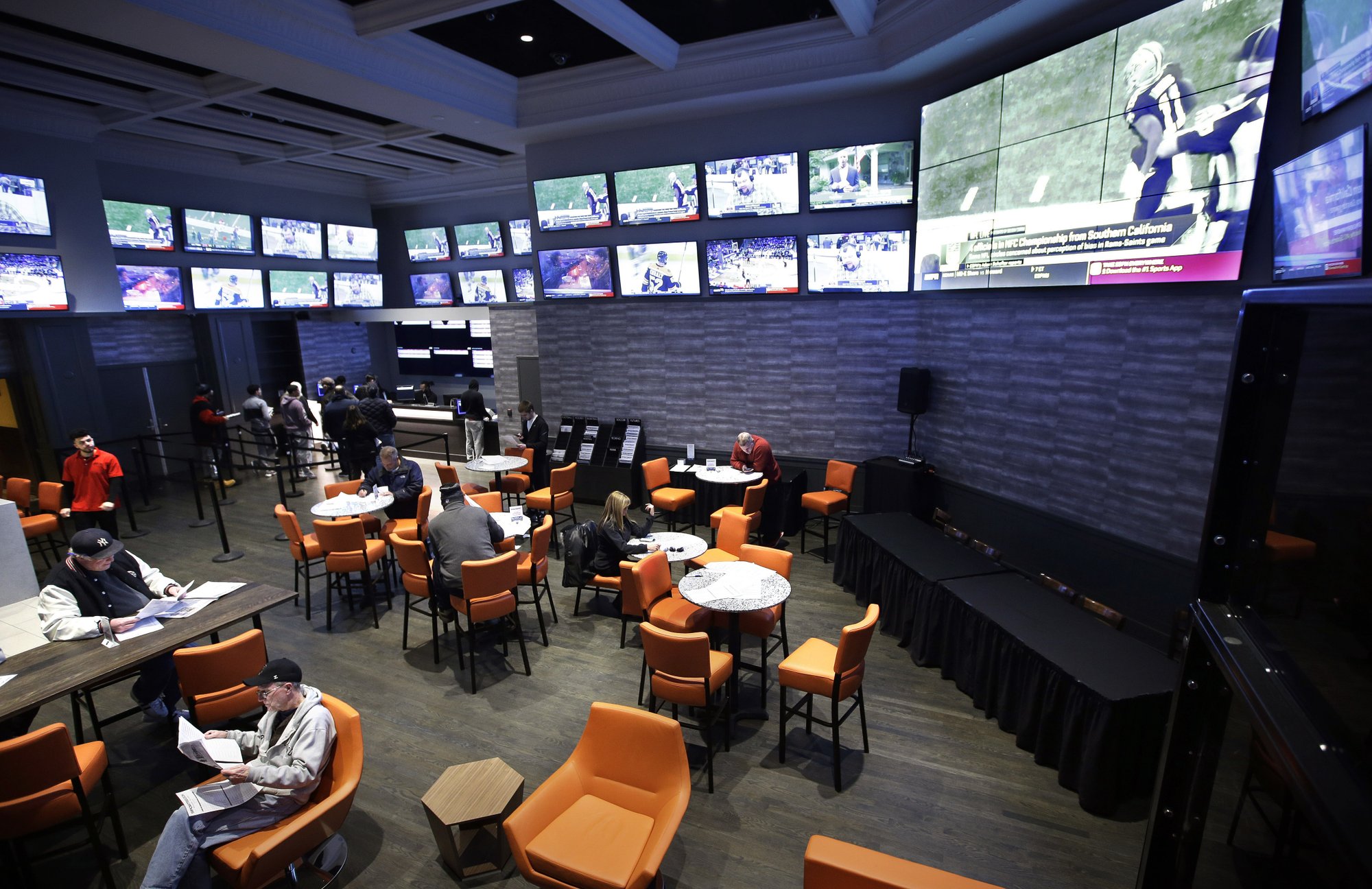 Rhode Island sportsbooks, including this one at Twin River Casino in Lincoln, took a big loss on the Super Bowl when the New England Patriots won and covered the spread. (Image: Steven Senne/AP)

Rhode Island sportsbooks managed to lose close to $900,000 in February, according to data released late last week by the Rhode Island Lottery.

The culprit appeared to be the Super Bowl. Fans in Rhode Island strongly supported the New England Patriots. When Tom Brady and company beat the Los Angeles Rams 13-3, they not only won the game outright, but they covered the spread.

The result: A massive $2.4 million loss for sportsbooks in the state, a number that’s hard for a very small market to make up in the rest of the month.

Normally, the state would take a little more than half of the revenue brought in by sportsbooks at the Twin River Lincoln and Twin River Tiverton casinos. But a month of losses offers nothing for the state’s coffers.

Everyone knows that the sports betting industry is more volatile than many other forms of gambling, and historically, even Nevada’s sports betting industry has had losing months – though that hasn’t happened since July 2013. Smaller markets like Rhode Island are under much bigger threat of losing for individual months when there is lopsided betting on a single, highly wagered event like the Super Bowl.

That’s a situation that never happens in the world of online poker. Even in a tiny market like Delaware, the state has always collected something from internet poker operators, making more than $255,000 over the course of 2018 and never failed to take in less than $15,000 in a given month throughout the year.

But it isn’t just the results in February that have some people in Rhode Island worried. Overall, sportsbooks in the state have brought in only about $300,000 in revenue, with the state collecting about $150,000 since betting launched in November.

Governor Gina Raimondo has tried to downplay the significance of the results so far.

I am not worried long term,” Raimondo told WPRO during an interview last Friday. “We knew this would be up and down, up and down, and it is about what we expected.”

But it is becoming clear that even with the recent authorization of mobile betting, the state won’t collect nearly as much as projected from sportsbooks. Initially, lawmakers put $23.5 million in the budget for the fiscal year, while a revised budget from the governor in January still targeted $11.5 million. Currently, the state is on pace to collect less than $1 million in total.

Delaware is not the only state that has seen sports betting revenues come up short of projections. According to an Associated Press analysis, Mississippi and Pennsylvania are each only receiving about half of the tax revenues from sportsbooks that those states projected, while West Virginia has only taken in about a quarter of its projections. That hasn’t been the case in New Jersey, which has benefitted from a maturing market and the wide use of mobile betting platforms.