The RunGood Poker Series (RGPS), one of the US’ fastest-growing, mid-priced tours, marked a successful return to Iowa with a week full of easily-met guarantees and an unusual 11-way chop in the series’ main event that left some onlookers scratching their heads. Though surprising, the deal fits well into the fun atmosphere the RGPS is noted for providing. 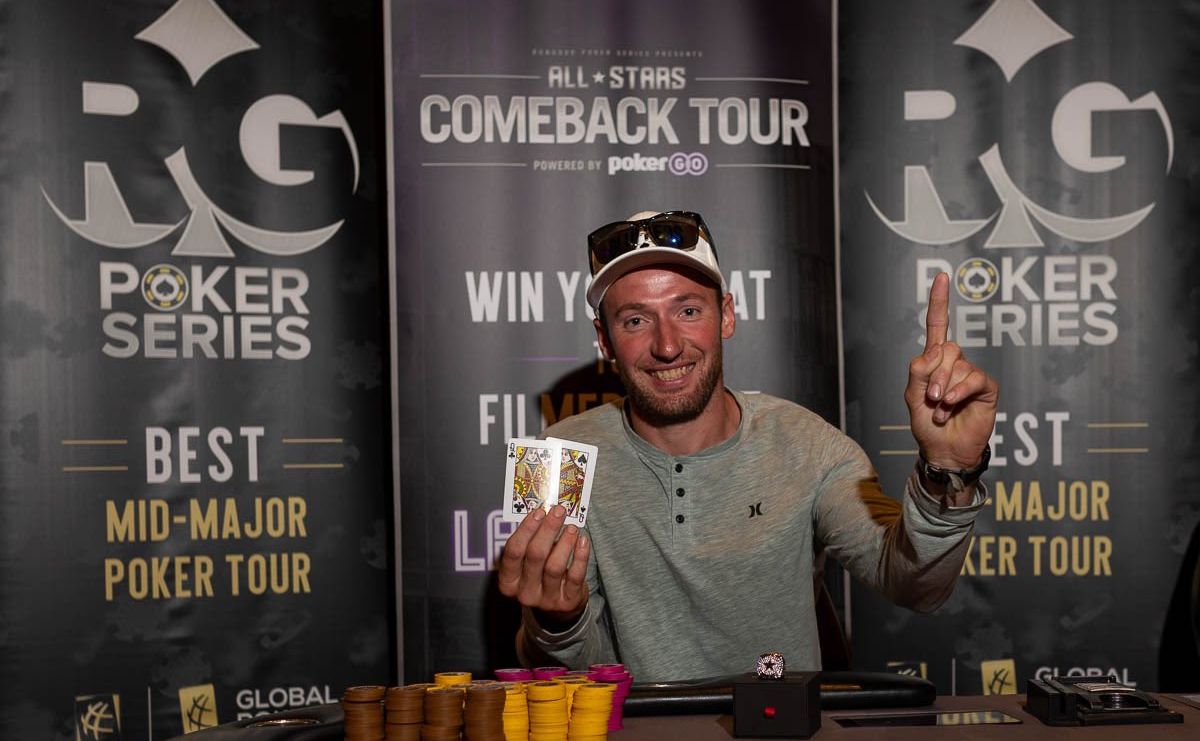 Held at Horseshoe Council Bluffs, near Omaha, the latest RGPS stop featured seven ring events and other offerings during its June 22-27, six-day run. But, it was the Main Event that was one for the books with its unusual 11-way chop to end play.

Though there was some variance in the chip stacks when the final 11 players decided on an equal chop, they each chose to lock up a $26,058 payday before playing on for the winner’s trophy and a pro-am seat in an all-star event hosted by RGPS co-sponsor, PokerGO, later in 2021.

Though the money had already been decided, Freeman Kauffman of Waverly, Iowa won the extra prizes, and he did so in the first live tourney he’d ever played. Kauffman had one of the shortest stacks among the final 11 players, but steadily worked his way upward, then eliminated Brantley Grace to secure the title.

“The first time I bought in, it was kind of intimidating,” Kauffman told PokerNews. “But by the third time, I got comfortable.”

Great scores, but not ‘life-changing money’

For Kauffman, who admitted to playing in plenty of home-game tournaments, playing in an organized event was an entirely new experience, and for some of the others who joined in the chop, it was their first major cash as well. Yet the 11-way chop was something quite unusual, especially since a possible $84,633 first-place prize was at stake. Instead, even before reaching the final table, the players went for the chop.

RGPS founder Tana Karn commented on the unusual finish to the main event. “When you read about chops you can never get the full picture unless you’re there,” he told CardsChat News. “These players have been grinding it out for hours. They know each other’s names, they’ve talked about each other’s day jobs, they’ve joked about how they’ll be stopping by the Red Bull vending machine before work at 9AM,” he explained of the unusual decision.

“$26,000 is a lot of money. The folks playing the RunGood events aren’t looking for life-changing money, they’re looking for a great time. It’s their money and despite what some may think, each left the tournament area smiling ear to ear, and that’s what is important.”

For Karn and his RunGood series, the event was a long-awaited return to the Midwest. The stop in Council Bluffs came just after another successful six-day stop, at the Jamul Casino outside San Diego from June 8-13.

“The last time we were in the Midwest was one year and four months ago,” Karn told CardsChat. “What they say is true, you don’t truly know what you have until it’s gone. It wasn’t the incredible turnout that made it hit home for me. It was player after player that I haven’t seen in ages coming up to me saying welcome back.”

As Karn told CardsChat last month, the COVID-19 pandemic and its associated casino closures wiped 10 would-be tour stops from the RGPS’s planned slate of events. Such an extended hiatus is tough for any series to weather, and one of RunGood’s mid-range rivals, the well-established Heartland Poker Tour, closed its virtual doors permanently as the pandemic lockdown dragged on.

Yet, in the RGPS’ case, players have returned in droves. The Council Bluffs stop’s opening event, a Seniors tourney, was, in Karn’s words, “crazy too! Sold out two hours prior and had a wait.” The 18-table room used for the stop was filled, with some waiting as alternates.

Karn and his staff found ways to make do though; they “handed out waters, bracelets to a line 120 deep. Ran trivia for apparel up and down the line to keep players happy. It was crazy!”