Former Alabama Senator Jeff Sessions was sworn in as United States Attorney General on Thursday, after a divided Senate prolonged his confirmation hearings, amid a sometimes bitter debate that closely scrutinized his record on civil rights. 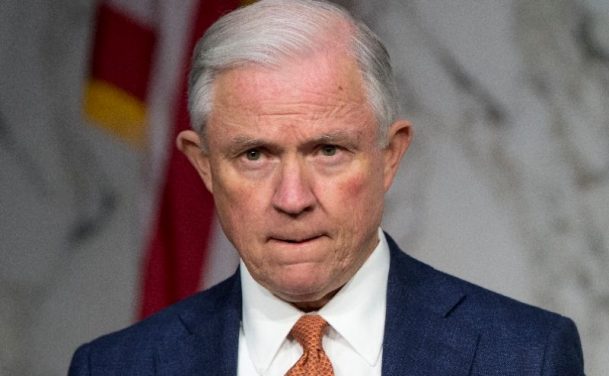 Comments made by newly appointed US Attorney General Jeff Sessions on the 2011 interpretation of the Wire Act appeared troubling to those who believe in regulating online poker in the US, but they were also quite vague. (Image: AP Images)

President Donald Trump’s pick for the job has been dogged by allegations of racism since he was denied a federal judgeship 30 years ago, due to what Ted Kennedy called evidence of “gross insensitivity to the questions of race.”

Enough column inches have been devoted this week to what Sessions may or may not have said in the eighties, as well as almost everything he’s done since. More to the point for poker players is what Sessions said on January 10, 2017 and what it might mean for online poker.

This was Sessions’ confirmation hearing, during which lawmakers quizzed Trump’s nominee on his credentials and his opinions on a range of legal issues. Senator Lindsey Graham (R-South Carolina), who has sponsored the Restoration of America’s Wire Act (RAWA), legislation aimed at banning online poker at a federal level, seized the opportunity to probe Session’s on his pet issue: the 2011 DOJ opinion on the Wire Act, which opened the door for Nevada, New Jersey, and Delaware to set up regulated online gambling in their respective states.

Session’s declared himself to have been “shocked” by the opinion, which limited the scope of the Wire Act to sports betting and, in doing so, paved the way for individual states to regulate online poker and casino gaming.

“Apparently, there is some justification or argument that can be made to support the Department of Justice’s [2011] position, but I did oppose it when it happened and it seemed to me to be unusual . . .,” Sessions said at the hearing.

Would he revisit that outlook as AG? asked Graham.

“I would revisit it and I will make a decision on it based on careful study,” Sessions replied. “I haven’t gone that far to give you an opinion today.”

The exchange between Graham and Sessions caused a degree of alarm among players, but probably needlessly. The fact is, Sessions was put on the spot, and his answer, on closer examination, reads more like a studiously non-committal politician’s response.

Sessions has never been a supporter of RAWA in the past and to tear down the online gambling sectors of Nevada, New Jersey, and Delaware would be a terrible political misstep and probably unconstitutional. Accordingly, New Jersey Senator Ray Lesniak promised to “take him to court in a heartbeat” if he messed with the current Wire Act interpretation.

The fact is, RAWA has never been popular in Washington due to its trammelling of states’ rights and we don’t see it holding much water with the Trump administration either.

Trump has never mentioned online poker publicly, but he hates the idea that people in other countries might be getting rich at America’s expense, which is exactly what would happen under a federal online poker ban, as even more US poker players would be pushed towards the offshore market.

The truth is, as unpredictable as this administration is, Sessions is very unlikely to tinker the 2011 interpretation and RAWA (or its spinoffs) is likely to remain dead in the water for the foreseeable future.

With Trump as president…. we may have a casino built with black and gold in every city 🙂
… and yes, Poker will be allowed !

Why would anyone want a job the people don’t want them have? And for good reason, just a low down dirty person.