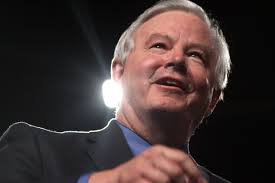 Rep. Joe Barton (R-Texas) has once again come to the aid of the poker community with a new pro-regulation bill. (Image: wikimedia.org)

Online poker players in the US received a mini-boost this week courtesy of Texan Republican and House of Representatives member, Joe Barton.

The pro-online poker politician has long been an advocate of the game and has fought to have a number of bills accepted by his peers over the last few years.

Unfortunately, as it stands, Barton has failed in his attempts to have iGaming regulated at a federal level in the US; however, that hasn’t stopped him from trying once again.

In the wake of Senator Lindsey Graham’s latest attempt to curry favor with Sheldon Adelson and reintroduce the Restoration of America’s Wire Act (RAWA) bill to the Senate, Rep. Joe Barton (R-Texas) has submitted the Internet Poker Freedom Act of 2015 (H.R. 2888) to the House of Representatives.

Hitting the desks of the people in power on Thursday morning, Barton’s new bill will push for federal regulation of the online poker industry in the US.

Comprised of more than 100 pages, the main sentiment of the bill is that it will do a better job of protecting players from fraud and security issues than both the non-regulated and state-regulated frameworks currently do.

“Players deserve to have a legal, on-shore system that makes sure everyone is playing in an honest, fair structure. The complex web of state and local regulations now being devised could leave players at risk. I believe H.R. 2888, the Internet Poker Freedom Act of 2015, creates a federal standard and provides players proper protections,” said Barton.

In the intro to H.R. 2888, Barton acknowledges that three states (Nevada, New Jersey and Delaware) have successfully licensed online gaming, but that federal legislation should be put in place to preserve the “prerogatives of States and federally recognized Indian tribes.”

Barton Doing it for the Kids

Also at the heart of Barton’s bill is the call for legislation in order to protect children and problem gamblers. Directly addressing one of the main arguments used by pro-RAWA supporters, H.R. 2888 would license, moreover demand, the implementation of technology that would prevent certain people from anteing up.

In the current US iGaming climate, a number of companies have made a business out of pinpointing player’s locations and ensuring they are legally allowed to play online.

Although pro-RAWA supporters have tried to denounce such technology, there has not yet been a reported incident of anyone outside of a regulated state (or anyone under the age of 21) accessing a poker site illegally.

This technology is something Barton wants to see pushed out on a national scale so that online poker is a tightly controlled community and one that doesn’t put the consumer or country at risk.

Naturally, as with all things connected to US iGaming, the fate of Barton’s bill is unclear. The PPA’s Vice President of Player Relations, Rich Muny, called Barton’s latest effort “great news;” however, some have suggested that it could be another wasted effort in the current fog of political propaganda.

Whether or not the Internet Poker Freedom Act of 2015 will have any greater impact than the legislation that’s gone before it remains to be seen; however, there’s no doubt that the legislation will raise awareness of the issue on Capitol Hill and provide some pushback against RAWA.

Poker needs a overhaul and be regulated to full extreme. It will only bring credibility to the game.

Also to avoid money laundering and underage people playing , and of course organized crime. Every account should be verified by address of residence and government issued ID to ensure there is not multi accounting.

Companies and players should be held to the full extent of the law across the board and if caught cheating or multi accounting & of course protecting players accounts and money.