Relax Gaming, a leading supplier of so-called “casual” gaming software, has just won the Gaming Intelligence award for Poker Supplier of the Year. 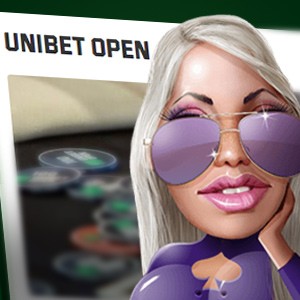 Relax Gaming, the software provider behind Unibet Poker 2.0, has won an award for its focus on poker entertainment. (Image: unibetpoker.co.uk)

Despite being around for less than a decade (it was formed in 2010), Relax Gaming has managed to make its mark on the poker industry thanks to its association with Unibet.

From bingo and casino games to poker, Relax Gaming provides a complete list of in-house services from ideation and testing to development and distribution.

Additionally, thanks to licenses from the likes of the UK Gambling Commission, Relax Gaming Limited (the software arm of the company) and the Relax Gaming Network Limited are available in the UK, Malta, Denmark, Romania and Alderney.

For poker players, Relax Gaming will be most recognizable as the software provider for Unibet Poker. Indeed, the two companies have worked to push the “casual” aspect of poker through the Unibet Poker 2.0 platform.

Currently holding licenses in the UK, Malta and Denmark, Unibet Poker was one of the first sites to cater to novice players. Having previously been a member of the Microgaming Poker Network, Unibet announced in 2013 that it would be forming its own stand alone network with the help of Relax Gaming.

By 2014, Unibet Poker had launched its own network and, more significantly, it had completely overhauled its interface. In place of traditional looking avatars, Unibet Poker introduced cartoon-style characters and more on-table animations, all of which were developed by Relax Gaming.

In fact, according to the developer’s website, the aim of Unibet Poker 2.0 was to do away with traditional features and data sharing options (common at other sites) and offer a more entertaining way to play.

“When you play Unibet Poker you will feel comfortable with the appearance of the product and feel that you get a lot of entertainment value for the buck,” says Relax Gaming.

A More Relaxed Way to Play

This decision to focus on casual players and remove features that allow skilled players to dominate newbies was a break from the norm back in 2014. Today, however, almost every major online poker site is introducing games and features that provide more entertainment.

For these efforts as well as its continued ability to innovate, Relax Gaming has been recognized by Gaming Intelligence. After receiving the award for Poker Supplier of the Year 2016, Martin Stålros, Relax Gaming’s COO said that his company’s recent success is down to its continued push to make poker enjoyable.

“The poker industry is in a state of change but our aim has always remained the same – make the game we love fun to play,” said Stålros.

Lol, nice article, BUT the reality is Unibet messed uped completely with the new client which was introduced in decembre, its in an unbelievable way bug infected and crushing all the time that you might think they didn´t beta test it even for a day, so they are loosing massively players right now, and there is no end to see…check the Unibet forum if u dont believe…