Red Dead Redemption 2 was perhaps the biggest video game release of 2018, and the online component of the game – known, appropriately, as Red Dead Online – was recently updated to add many new features, including the ability to play poker against fellow players. But for some users, the poker games aren’t available, and it’s not because of any unexpected bugs. 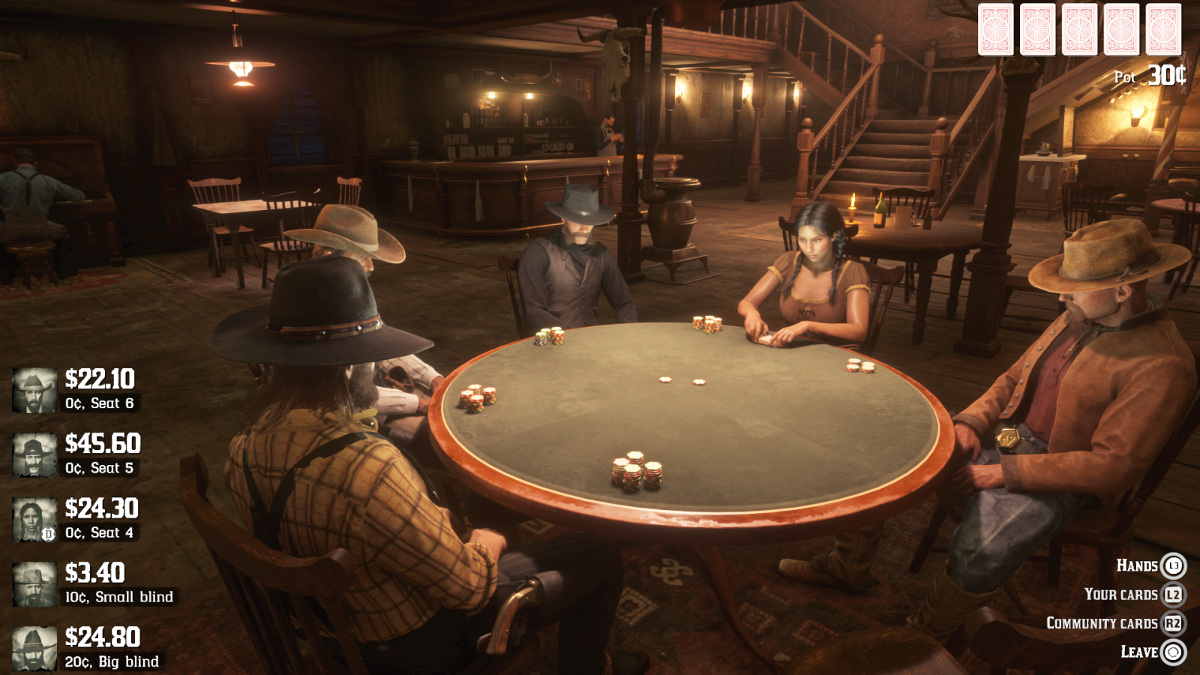 Red Dead Online recently added the option to play poker against other players, but this feature is not offered in all countries. (Image: Rockstar Games/Kotaku)

According to creator Rockstar Games, the problem instead is regulatory, with the company saying that poker simply can’t be offered in some regions due to laws regarding online gambling.

It’s unlikely that any high stakes poker pros will be trying to earn a living through Red Dead Online. In fact, at the moment, it’s impossible to even indirectly wager real money at the in-game tables. While players can use real money to buy an in-game currency known as gold, there’s no way to buy the virtual cash that is wagered at poker tables.

But it’s always possible that Rockstar Games might change that, and is playing it on the safe side in anticipation of governments viewing their poker offering as real money gambling. It’s also possible that the developers simply feel it’s too close to take any chances, as in-game cash could potentially be considered something of value by regulators, and have preemptively blocked countries where they fear there could be a regulatory issue.

Many players have contacted Rockstar in hopes of getting more information. On a subreddit for the game, some have posted the responses they’ve gotten back from the studio.

“We are sorry to let you know that the availability of Poker in Red Dead Online is dependent on regional laws and regulations and may not be available to all players,” a support representative wrote back to one user. “In short, poker won’t be available in countries where online gambling is restricted or illegal. We apologize if this had caused any inconvenience.”

As of yet, there doesn’t appear to be an official list of what regions are locked out of the poker component. However, YouTuber pineapple created a video on the subject in which he lists the places where he has seen reports that players were not able to get into the poker games.

Some of the reports make sense. Players from the UAE and Jordan have said they can’t get into the hold’em games, but that’s hardly surprising, given the strong anti-gambling stances in those nations. Belgium is on the list, and is known for having strict laws both regarding online gambling and features in video games that could replicate gambling, such as loot boxes.

But other decisions seem more arbitrary. While Portugal is blocked from playing, users from other European nations with similar online poker laws like Spain and France don’t appear to have the same issue. It appears that Americans can universally access the poker games, despite the fact that rules and regulations vary dramatically between states.

Red Dead Online and other games in the Red Dead Redemption series allow players to explore a Western-themed open world. Red Dead Redemption 2 takes place in 1899, with the player’s character – outlaw Arthur Morgan – contending with the decline of the “Wild West” at the turn of the century.

Jesus, this is so stupid. It’s not even for real money.