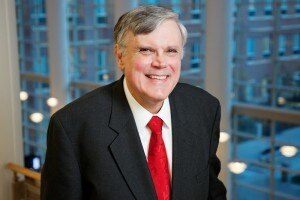 John Kindt is a staunch opponent of online poker, and one of four witnesses scheduled to testify in front of a house subcommittee. (Image: L. Brian Stauffer)

The Restoration of America’s Wire Act (RAWA) was supposed to get a hearing this Thursday in front of the House Subcommittee on Crime, Terrorism, Homeland Security and Investigations.

That hearing has been pushed back due to inclement weather, as Washington D.C. is squarely on the “cold and wet” side of the dueling extreme winters plaguing the United States over the past two months.

However, the hearing will eventually take place, and when it does, online poker fans may not be pleased with who the subcommittee has called to testify.

A close examination of the witness list for the scheduled hearing on RAWA reveals a panel that is strongly biased towards anti-online gambling viewpoints, making it clear to some that Sheldon Adelson’s proposed online poker ban will be more than welcome in its first ever hearing.

While that comes as no surprise, considering that RAWA sponsor Representative Jason Chaffetz (R-Utah) as a member of the subcommittee, the extent to which the panel includes Internet gaming alarmists has been surprising to some people.

As Republicans are in control of the subcommittee, they chose three of the four witnesses that will appear at this first hearing, with Democrats choosing the fourth. The Democratic choice might sit well with poker players: they picked Parry Aftab, executive director of WiredSafety.org. Aftab has previously said that regulation is a better solution to the issues of online gambling than an outright ban.

But the three GOP witnesses are all strong opponents of online poker. John Kindt, a professor of Business and Legal Policy at the University of Illinois at Urbana-Champaign, has been a long-time critic of online gambling and contributed research that helped lead to the enactment of the Unlawful Internet Gambling Enforcement Act. Les Bernal is the national director of Stop Predatory Gambling, a foundation that opposes most forms of gambling whether online or live. Finally, there’s Michael Fagan, a former US Assistant Attorney who oversaw the prosecution of Betonsports CEO David Carruthers.

Of the three, the most offensive to many pro-poker advocates is Kindt. The professor has been adamant in his opposition to many forms of gambling, claiming that online poker helps to fund terrorist groups and that sports betting is the “gateway drug” of gambling. He’s also the original source of the now oft-repeated claim that online gambling is the “crack cocaine” of the gaming world.

While it may seem self-evident that the panel would be stacked in favor of RAWA, this wasn’t necessarily the case. Since many conservative groups are against such a federal ban on Internet poker, it was possible that Republicans might have given one spot on their witness list to an industry official or an expert on the Wire Act.

Poker Players Alliance executive director John Pappas had hoped that someone like that, or perhaps a regulator in one of the states that already offers online gambling, would have been considered as a witness.

“Those types of people should have been given consideration,” said Pappas. “It’s very concerning that the committee is ignoring key issues and shutting those people out to stack the deck solely for those one-sided anti-Internet advocates.”

While it seems certain that the subcommittee will reschedule the hearing, it is unclear at this time when this will take place.

Just say no to RAWA!

Oh you mean like when the republicans picked an all men committee panel to discuss womens contraception issues? Nothing to see here, move along. And yet people continue to vote republican against their own self interests.