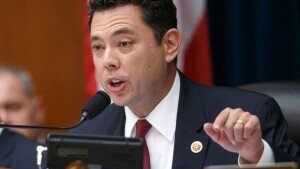 A federal online poker ban still seems unlikely this year, as there’s plenty of opposition (and even more indifference) lined up against the Restoration of America’s Wire Act (RAWA).

However, it does appear that some in Congress will at least be talking about the bill, as reports are circulating that RAWA will get a hearing in the House of Representatives on March 5.

According to a report by Michelle Minton of the Competitive Enterprise Institute that cited an anonymous source on Capitol Hill, the House Subcommittee on Crime, Terrorism, Homeland Security and Investigations will hold a hearing on the Sheldon-Adelson supported legislation on March 5.

It’s the first time that the bill will officially have a day in front of a committee in either house of Congress.

RAWA was first introduced to Congress last year, but it failed to receive a hearing towards the end of the year, in the so-called lame duck session, as conservative groups had mixed feelings about the bill.

While RAWA certainly has its supporters among Congressional Republicans, others in the party have a variety of issues with the bill, including the idea that it could trample on states’ rights, particularly as gaming has traditionally been a state-level issue. While many liberals have concerns about gambling as well, RAWA likely has even less support among Congressional Democrats.

But despite that setback, it has seemed apparent that RAWA would at least get a longer look from Congress in 2015. With Republicans in control of both houses of Congress, there were fewer roadblocks to the bill at least appearing viable, if not popular or likely to pass.

Representative Jason Chaffetz (R-Utah) reintroduced RAWA to the House of Representatives earlier this year, and it is widely believed that Senator Lindsey Graham (R-South Carolina) will do the same in the Senate in the near future.

While the prospect of a hearing on RAWA might seem scary to online poker fans at first, there’s still plenty of reason to consider the bill’s passage a long shot at best. As previously mentioned, this is a piece of legislation that’s likely to be controversial among Republicans, and it’s hard to see the GOP leadership making a major push on an issue that could cause fractures within the party.

That hasn’t always stopped discussion on issues in the past, of course. But typically, such division would only be risked on an issue that’s seen as important among legislators and/or the public at large: in other words, a bill that’s too high-profile to ignore.

As much as both online poker players and gambling opponents might care about this issue, Internet poker is barely a blip on the radar for the general public, and not something that makes headlines on the 24-hour news networks. Even if there were a large number of lawmakers who were strongly behind RAWA, there are many more important issues likely to be taken up before it.

Still, the hearing should be of interest to everyone with a stake in online gambling, as the tenor of the discussion should give some insight into how the winds are blowing on this issue. In the past, legislators have largely seemed skeptical about similar bills; in particular, they’ve questioned how groups like the Las Vegas Sands could be so adamant about the dangers of online gambling while running land-based casinos.