RAWA Fails to Get Backing of Majority of US State Attorneys General
December 9, 2015 Latest Poker News 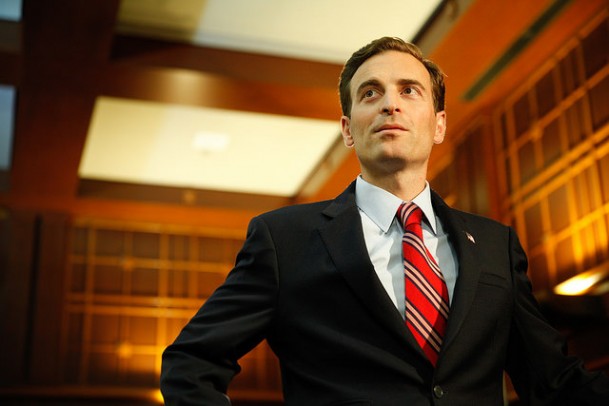 RAWA fail: a recent letter to Congress asking US state Attorneys General to support RAWA appears to be a bust after only eight signatures were rustled up, with one being Nevada’s Adam Laxalt. Ironically, the state is only one of three that has already legalized online poker. (Image: wpasearch.com)

RAWA, the Restoration of America’s Wire Act, has had more money thrown at it and to less effect than Gigli.

And Nevada AG Adam Laxalt‘s vote of confidence doesn’t appear to have corralled much support for the measure either, with only eight US state Attorneys General having signed a recent letter supporting the anti-online poker and gambling bill.

In late November, a letter was sent out to every Attorney General in the country with details of the proposal to restore the 1961 Wire Act and ban online gambling at the federal level.

After some early support from a handful of Attorneys General, Nevada’s Laxalt told Jon Ralston of political TV talk show Ralston Live that he’d be signing the letter.

The stance reverberated within the Silver State’s gaming industry, as Laxalt’s anti-RAWA positioning is in direct confrontation with the state in which he works.

Online poker players in Nevada were naturally disappointed with the decision and the MGM’s CEO Jim Murren moved to publicly condemn Laxalt.

Because Nevada is one of the three US states to already have legalized online poker, Laxalt’s stance has been seen as something of a slap in the face to the very economy around which most residents’ livelihoods depend.

Fortunately, however, the AG’s views appear to hold little weight among his fellow Attorneys General in other states.

According to a report by news.sd.gov, an official news portal for South Dakota state news, the state’s Attorney General Marty Jackley was only the eighth state AG to sign the letter to Congress supporting RAWA.

Although the South Dakota press release largely focused on daily fantasy sports issues, it did make reference to online poker, suggesting that RAWA hasn’t gained much traction outside of a few states.

“On December 4, 2015, Attorney General Jackley joined 7 Attorneys General in a letter to the leadership of the Committee on Judiciary of the U.S. Senate and House of Representatives urging the restoration of the Wire Act,” read the press release.

Rich Muny of the Poker Players Alliance hailed the lack of enthusiasm for RAWA as “good news,” and proceeded to list those in support of the letter on his Facebook page:

The Adelson-inspired RAWA bill is getting another moment in the spotlight today, courtesy of Rep. Jason Chaffetz (R-UT).

In his role as chairman of the House Oversight Committee, Chaffetz has continued to tow Adelson’s line that online poker, and Internet gambling in general, is a menace to society.

Although few industry insiders give the bill much chance of gaining more traction this time around than it has in the past, it’s certainly something those with an interest in the US iGaming community will be monitoring closely at today’s hearing, which will most likely be the last one of 2015.