RAWA in 2015: Is This Online Poker Bill Flatlining At Last? 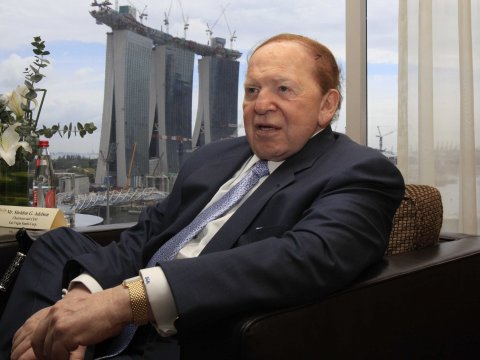 Led by billionaire casino magnate Sheldon Adelson, RAWA still failed to pass muster in 2015. Adelson’s December purchase of the Las Vegas Review-Journal could be his last-ditch attempt to make pearls out of swine bills by influencing decision-makers and voters. (Image: businessinsider.com)

At the end of 2014, the future of RAWA, the Restoration of America’s Wire Act, was in doubt, failing to even receive any type of official hearing during the end-of-the-year session.

RAWA’s future in 2015 doesn’t really look that much brighter, we are happy to say, but the blustering and brouhaha continued, thanks in large part to supporter Sheldon Adelson’s billions.

With a stronger-than-ever push by powerful forces to place a nationwide federal ban on online gambling, RAWA not only received its day before Congress in March, it got another hearing in December.

“The on again, off again iGaming hearing in Congress is now on again. OGR Comm chaired by Chaffetz expected to push RAWA on December 9th,” the official Twitter account of the Poker Players Alliance tweeted in November.

But that hearing in front of the House Oversight & Government Reform Committee was also a bust, gaining little love from lawmakers, and failing to make the late December Omnibus spending budget for the second year in a row.

Those opposed to RAWA have watched intently since March, when billionaire Law Vegas casino magnate Sheldon Adelson, who is RAWA’s No. 1 supporter, finally saw the proposed bill heard by Congress for the first time since its creation.

Thanks to the bill’s sponsor, Rep. Jason Chaffetz (R-Utah), members of the House Judiciary Subcommittee on Crime, Terrorism, Homeland Security, and Investigations listened to testimony from both sides at that time.

“Internet gambling places real-time gambling on every cell phone, at every school desk, at every work desk, and in every living room,” said John Kindt, a professor emeritus of Business Administration at the University of Illinois School of Law, and a long-time critic of online gambling. “With ease people can ‘click your phone, lose your home’ or ‘click your mouse, lose your house.’”

“RAWA contains potentially problematic language that appears not to carve out wholly intrastate activity, as the Wire Act…and UIGEA both do quite clearly,” said Andrew Moylan, a state’s rights proponent who argued that the measure would not only force a shutdown of the three states where online gambling is legalized and regulated, but would also impede on the remaining 47 states’ rights to choose how it handles online gambling.

“From the perspective of federalism, an argument of this nature is problematic, to say the least,” Moylan added.

Adelson, who sees online gambling as a threat to brick-and-mortar casinos, did pick up more support this year for RAWA. The bill currently has 24 co-sponsors, including former Republican Senate Majority Leader Trent Lott, who was hired by Adelson’s Coalition to Stop Internet Gambling. CSIG, which has mostly Republic supporters, even picked up some Democratic muscle when Tohn Breaux (D-Louisiana) came out in favor of RAWA.

Even if RAWA had pushed through following the next round of hearings in December, it would still have had to be passed by both the House and Congress and signed by the president, meaning its threat of passing is getting dimmer and dimmer.

And that last stage, the president’s John Hancock, may be the most important variable of all.

The outcome of the 2016 US presidential election may be the ultimate tiebreaker. The one candidate who has come out strongly in support of RAWA is Senator Marco Rubio (R-Florida). Rubio is currently gaining steam in the race for the Republican nod for president and was even declared the winner of the most recent GOP debate.

Fellow GOP presidential candidate Lindsey Graham, a Republican senator from South Carolina, is another supporter of RAWA, and he brought the bill in front of the US Senate earlier this year.

Shortly after, RAWA’s major opposition, the Center for Freedom and Prosperity, issued a response.

“RAWA is an outright assault on federalism,” the statement said in part. “The legislation tramples on the Tenth Amendment by banning state regulation of online gambling, further chipping away at the balance between state and federal governance.”

Having missed the end-of-year omnibus spending bill once more, while we are not declaring RAWA officially dead for 2016, we think perhaps a priest should be on standby just in case.

So the House Judiciary Subcommittee on Crime , Terrorism , Homeland Security, and Investigations was wasting time studying the online gaming issue ? Lets hope this happened much earlier in the year . Recent spreading war zones in the Middle East and the resulting refugee crisis , suicide missions in Europe , Africa and here in California , and unexplained air disasters would seem more urgent topics in 2016 !