Each season, a contest is held where the best player in the Los Angeles Poker Classic (LAPC), Bay 101 Shooting Star, and Rolling Thunder events is deemed the California Swing champ, and in Season XV that man is poker pro Rainer Kempe. 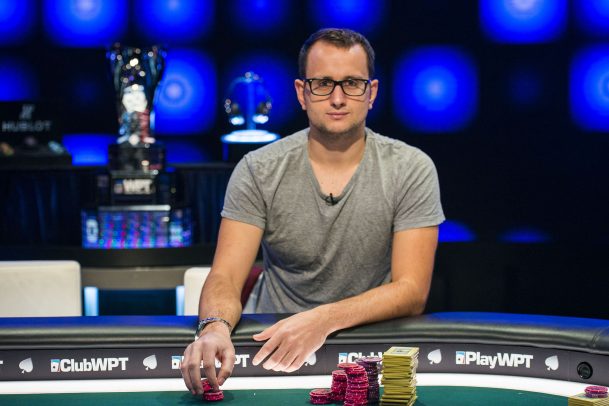 Rainer Kempe Swings His Way to the Top

Kempe ultimately finished in sixth place for $188,460, and while he failed to cash in the Rolling Thunder event, his two scores were enough to earn him the title of WPT Season XV California Swing champ.

Rainer took down the following prizes for the accomplishment:

The Fourth Player to Hold the Title

It seems two cashes is the magic number as no California Swing champ has ever cashed all three events.

In the inaugural WPT California Swing, which took place back in Season XII, Michael Rocco was named champ after finishing third in the LAPC for $423,440 and then two weeks later placing 21st in the Rolling Thunder Main Event for $12,780.

In Season XIII, Taylor Paur took the title after topping a field of 708 to win the Bay 101 Shooting Star for a career-high $1,214,200 and then a week later finishing third at Rolling Thunder for an additional $113,154.

A year later, Ankush Mandavia, who you may recall finished as runner-up in the MSPT Poker Bowl last month, became the Season XIV champ after placing 23rd in the Bay 101 Shooting Star for $30,310 and then taking eighth in at Rolling Thunder for $36,646.

The WPT is now in Florida at the Seminole Hard Rock Hotel & Casino for both the WPT $3,500 SHRP Showdown and Tournament of Champions. It’s there that another contest, the Season XV Hublot Player of the Year, will come to an end. Benjamin Zamani, Sam Panzica, and Mike Sexton are currently jostling atop that leaderboard.

I hope Mike Sexton gets the WPT yearly title .He is a class act on the felt !