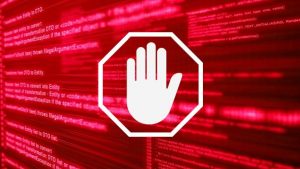 Quebec’s bill to authorize online gambling ISP-blocking, passed in May, has been branded a dangerous example of government intervention by net neutrality advocates. Meanwhile, the ISPs, which see themselves merely as utilities providing access to a service rather than moral guardians, complain that the scheme will be impractical, hugely expensive and maybe even impossible.

Besides, they add, telecommunication regulations are the domain of federal, not provincial governments, and should remain so.

Now the legal sparks are flying. Earlier this month a federal consumer rights group, the Public Interest Advocacy Centre (PIAC), challenged the bill on the grounds that it was unconstitutional.

“Given how vital the Internet is to preserving and promoting human rights, including free speech, one province’s foray into ISP regulation could result in the steepest of slippery slopes,” Geoffrey White, a lawyer for PIAC.

This week the Canadian Wireless Telecoms Association (CWTA) sued the provincial government in the Quebec Superior Court on the grounds that the bill is a direct violation of the federal Wireless Communications Act, which forbids communications providers from controlling what its customers view or listen to.

The Wireless Communications Act states: “A Canadian carrier shall not control the content or influence the meaning or purpose of telecommunications carried by it for the public.”

“As we had previously expressed to the Quebec government, the provisions in the Act would put ISPs and wireless service providers in conflict with Section 36 of the federal Telecommunications Act which governs ALL telecommunications in Canada,” said CWTA Vice-President Marc Choma, in an official statement.

CWTA represents several major service providers that cater to residents of the province, including Vidéotron, Rogers Communications Inc, Bell and Telus Corp. It wants the bill to be quashed in the courts.

Over 2,000 Sites to be Blacklisted

The ISP-blocking legislation, known as Bill 74, has authorized the provincial gaming regulator Lotto-Quebec, to draw up a blacklist of over 2,000 websites, which is expected to be forwarded to ISPs shortly. Failure to comply could result in CA$100,000 fine per infringement.

The Quebec government believes the scheme will boost Loto-Quebec’s revenues by $13.5 million in 2016-2017 and $27 million in subsequent years. It says Bill 74 is in the interests of consumer protection but it has been accused of protectionism.

Lotto-Quebec operates the provinces’ only licensed online gambling and poker website, Espace-jeux, although there is talk of offering three new licenses for operators to provide branded products on the Espace-jeux platform.

PokerStars’ parent Amaya, which is based in Montreal and is a licensed partner of Loto-Quebec, providing the operator with online gaming services, wants a piece of that pie. As such, the company has controversially declared itself a supporter of Quebec’s ISP-blocking plans.