For the sixth time in tour history, the World Poker Tour was in Sanya, a city on the southern end of China’s Hainan Island. After a week full of poker action, 36-year-old Shanghai poker pro Qian Zhi Qiang emerged victorious in the WPT Sanya Main Event to win CNY 1,600,000 ($242,555). 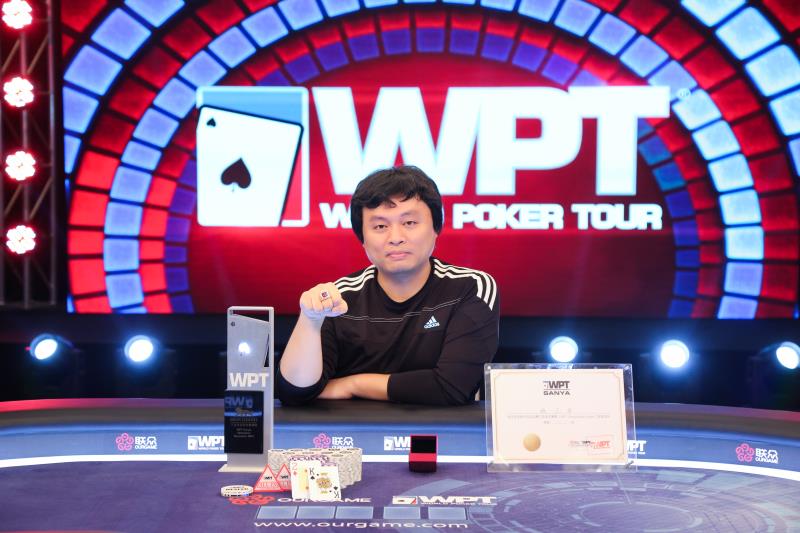 The tournament took place at the MGM Grand Sanya and drew 888 entries, which created a prize pool of $1,339,882. Among those to participate were WPT Tournament of Champions victor Daniel Weinman, two-time WPT champ Sam Panzica, and WPT Beijing winner Pete Chen. WPT President Adam Pliska was also in attendance to oversee proceedings.

The majority of the field was comprised of Chinese players, but there were also representatives from Russia and France, as well as neighboring Asian countries such as Japan, Korea, and Singapore.

Li Yu Guang exited in seventh place when action folded to him in the hijack and he jammed with J♦9♦. Qian Zhi Qiang three-bet all-in from the button with a dominating K♦10♦, which got both blinds to fold. The board ran out Q♥5♣8♠K♠5♠ and that was all she wrote for Guang, who took home $39,400 for his efforts.

Qian Zhi Qiang soon found himself playing heads-up against Hu Ling Fei. The two would jostle for an hour before Qian, who held a 4:1 chip lead, raised with K♠2♦ and then called a three-bet from Hu Ling, who held the 4♦4♠.

The win brought Qian Zhi Qiang’s lifetime tournament earnings up to $489,491 and vaulted him into 37th place on China’s all-time money list. Prior to the win, his biggest score was $162,000 for finishing runner-up in the 2016 CPG China Championships, while he also earned $40,576 for winning the 2016 ACOP Macau Event #15: NLHE Turbo Championship.

The WPT’s next event in Asia will be the WPT Japan, which is being held in conjunction with the Japan Union Corporation, and will feature a JPY 25,000 Main Event from Nov. 23-26.

impressive for the sixth time, really a great player although I did not know him personally, I can see that he has had good results in one of the most important tours in the world. really this Chinese man is giving much to talk about a great prize in money