A $25,000 buy-in poker tournament doesn’t usually attract a mix of celebs, poker stars, and Average Joe’s, but that’s exactly who was among the 1,000-plus entries on Day One of the inaugural PokerStars Players Championship (PSPC). 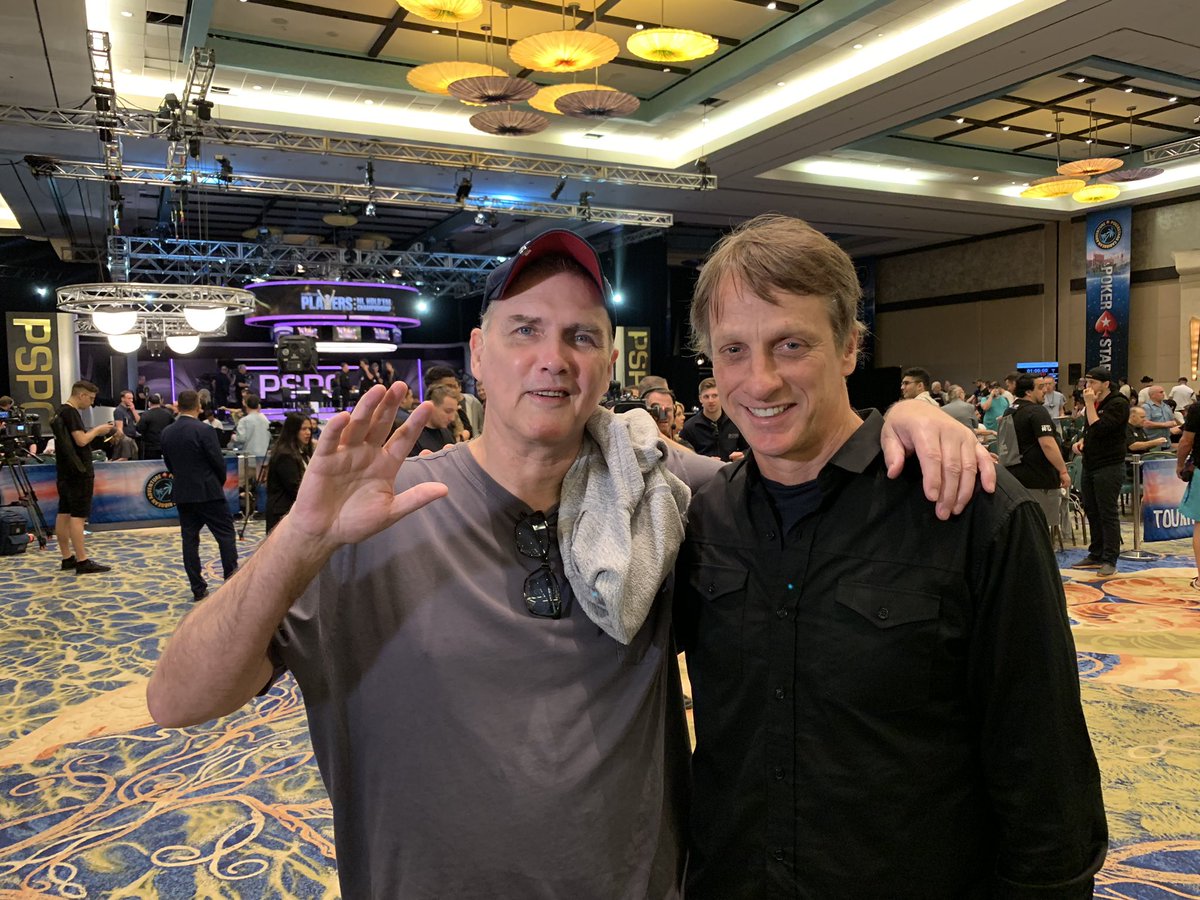 We gave Hellmuth an asterisk because he didn’t arrive until the final level on Sunday. He left with 29,300 chips, less than half his 60,000-chip starting stack. Does it really count as advancing to Day Two if you only played one level?

Mustapha Kanit, always a tough opponent in any tournament, caused some unnecessary drama late on Day One. The Italian pro won a race to bust NBA star Paul Pierce. But that wasn’t the main story.

Much Ado About Nothing

Kanit jokingly taunted the Boston Celtics legend on his way out. That led to harsh criticism from the Keyboard Warriors watching on the Twitch livestream. He was called everything from a “disgrace to poker” to an “embarrassment” to the game. But what did Pierce think of his antics?

“I was having fun with him,” he said of Kanit on Twitch. “I’m going to go visit him (he’s) from Italy, I’ll tell him ‘Mustapha, I’m coming to visit you and I’m going to bust you in Italy.’ Mustapha, I want you to win it. I’m pulling for you. I’m rooting for you now since you beat me.”

Bad read from the Twitch chatters. Pierce had a rough day on the felt. His pocket aces were twice cracked and then he lost a race to bust. But at least he enjoyed the experience.

“It was a lot of fun,” the future NBA Hall of Famer said.

Kanit probably had even more fun, however. He finished Day One with a healthy stack of 150,000 chips. That’s well above average.

Registration remains open until play resumes at noon ET on Monday. So, we can’t tell you how much the winner will receive just yet. But suffice to say, with over 1,000 players in the field at $25,000 a pop, the champion is going to walk away with well over $1 million.

On Sunday, pros, amateurs, and celebrities came and went while others, including many of the 320 $30,000 Platinum Pass winners made it to Day Two.

PokerStars ambassador Chris Moneymaker was among those moving on. The 2003 world champion left with 94,300, which should equate to about an average stack.

Daniel Negreanu, another PokerStars Team Pro member, lost a race to bust late in the day. Jeremy Hilsercop, the father whose viral Christmas video helped him receive a Platinum Pass, was also eliminated.

The PSPC, which is the first tournament on the 2019 PCA schedule, is officially the largest event with a buy-in over $20,000 in poker history.

Most high-stakes events have less than 100 players, most of whom are regulars on the high-roller circuit. But this one was a bit different with PokerStars awarding free passes to 320 players, mostly amateurs. Due to the overwhelming presence of amateurs, many pros made the trip to the Bahamas expecting a soft field.

You can catch the PSPC action live on Twitch throughout each of the next four days on PokerStars’ Twitch page.

As expected, this is the biggest poker event where it gathers players from all over the world and stars of the sports and entertainment world, it is a unique event where many of us want to be there. and a first successful day where more than 974 players have registered, and on the second day a lot of action and a lot of poker is expected.

I don’t understand why Hellmuth wouldn’t just late register if he wasn’t planning on showing up on time. It just doesn’t make sense to have your stack put in play and be blinded down.
I wish I could’ve watched day one but my WiFi wasn’t working in the morning and when it finally started working I was playing a bunch of tournaments including the Mini PSPC so I didn’t want to risk streaming and get disconnected.