Not often is a poker player elated when their four-of-a-kind loses to a straight flush, but Elphege Delarosbil couldn’t have been more thrilled when his quad jacks lost to a Q-8 suited on the river. The pot itself looked to be less than $50, but it was enough to trigger a bad beat jackpot at the Playground Poker Club in Montreal on Thursday, which paid out CA$1.2 million (US$960,000). 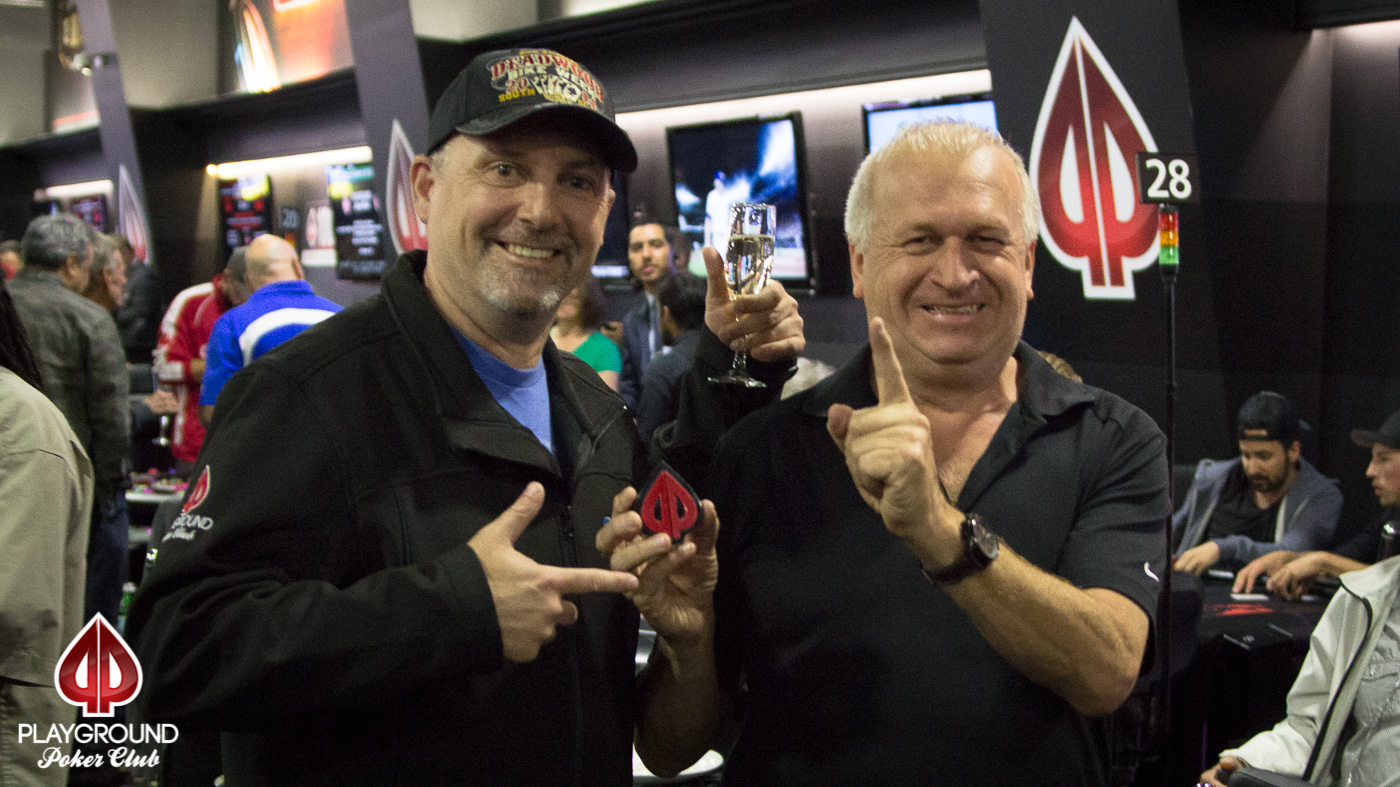 Delarosbil was playing $1-2 no-limit Texas hold’em when his good fortune happened. In US dollars, he earned about $384,000 for being on the bum end of the bad beat. Shane Galle, who had the straight flush, received about $192,000.

The other players at the table at first seemed more excited than Delarosbil. They each pocketed about $27,000, and the share to all the other players in the room amounted to almost a $1,000 bonus to each of them.

Delarosbil started the hand holding pocket jacks, and was one of three players to see the flop, which landed J♣6♥9♠. With top set, he checked and the two other players stuck around to see the turn. A J♠ meant he had the presumed nuts and at that point it was only a matter of figuring out how to make the most money on this hand.

Though it’s not clear how the betting went on each street, after the 10♠ hit on the river, one player eventually dropped out, and as would be the case any time a beat this bad was served, the room gasped as people began to figure out what had just happened.

Soon the table, and then the whole room, burst into celebration, which you can see here:

The whole room erupted in cheers as confetti cannons showered the table and champagne was poured for a celebration that last several minutes. The payout easily beat the progressive jackpot’s September 15, 2015 record of $427,000 when quad nines beat quad sevens.

Birth of a Bad Beat

The Playground Poker Room’s primary Bad Beat Jackpot began the day the club opened in January 2011. It would take more than three months for the first qualifying bad beat to hit, and then wouldn’t happen again until 2015 (with rules being tweaked along the way).

The publicity generated from the marketing idea has made the room one of the more popular card clubs in Canada. The room hosts several World Poker Tour events throughout the year including the WPT Montreal in November.

At the time the jackpot hit, Playground was playing host for the second time to the World Cup of Cards, which runs until September 13 and features more than $6 million in guaranteed prize pools.