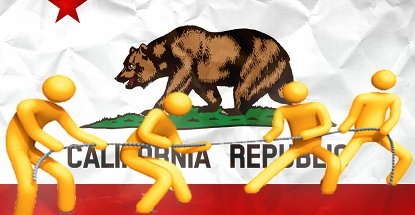 PokerStars is banking that iPoker in California will be welcomed with the help of a new radio ad campaign, but other factions will fight back. (CalvinAyre.com)

A new PokerStars coalition has initiated a radio ad campaign in California, one that urges residents of the Golden State to embrace online poker regulation.

The newly formed Californians for Responsible iPoker advocacy group, the PR face of PokerStars, along with the Morongo and San Manuel tribal operators, and the state’s three largest card clubs, announced this week that the ad spots were part of a “statewide program to engage California citizens, businesses and others in a grassroots campaign to pass an online poker bill in California.”

Besides asking voters to step forward and pledge their names on the coalition website, the group has announced the establishment of the “Let California Play!” PokerStars Pro Tour, a collaboration between PokerStars and state cardrooms that support regulation, which is due to hit the road soon.

The ads themselves paint a scene of uncertainty surrounding unlicensed online poker sites, using a couple who’s male half is an online poker player.

“There aren’t any sites based in California because the state hasn’t put any regulations in place,” explains hubby patiently to his better half, as he prepares to log on for a game. “This one’s probably fine.”

“Because California does not have regulations in place for online poker, consumers are at risk of fraud,” a voiceover cuts in. “And California is losing out on millions in revenues. Thankfully, California legislators have a plan to regulate it. This plan will protect consumers, enact strict safeguards to protect kids from gambling, and ensure only licensed, responsible companies operate here.”

The ad signs off by asking Californians to contact their legislators to tell them “it’s time to regulate iPoker.”

The spot, not surprisingly, makes no mention of the alarmist radio ad launched earlier this month by the Viejas Band of Kumayaay Indians, which accused PokerStars of being a “corrupt company” that was seeking to “access to every computer, tablet and smartphone in the state.”

The Viejas represent an opposing coalition of tribal operators fighting tooth and nail to keep PokerStars out of a post-regulation online iGaming landscape. The schism between the two opposing factions of stakeholders is a key reason that the push for regulation in California appears to have stalled.

A legislative hearing will nevertheless be held on Wednesday on the subject, entitled “The Legality of Internet Poker: How Prepared Is California to Regulate It?”

Of course, until a consensus is formed among stakeholders, the answer remains “not very.” In the meantime, though, a grassroots campaign to win the hearts and minds of Californians seems like a good place to start.

Ultimately, it will be up to the Golden State’s estimated 38.8 million residents to weigh in.

Pokerstars has been milking the poker community for years, usa should never allow pokerstars back.

Pokerstars is a criminal organisation which was closed down by the DOJ in the USA.

US casinos should ban them from setting foot in their casinos.

Pokerstars has changed ownership since the “Black Friday” days. I have yet to hear of them refusing to return a players funds and they have the best software by a mile.

“On June 12 it was announced that Amaya Gaming Group, Inc. entered into an agreement with Oldford Group Limited (the parent company of Rational Group Ltd.) to acquire all of Oldford Group in an all-cash transaction worth $4.9 billion. Rational Group owns PokerStars and Full Tilt Poker. The transaction will make Amaya the world’s largest publicly traded online gaming company by adding 85 million of PokerStars and Full Tilt Poker registered players to its database.” Forbes – last year.