Two poker pros from India had to defend the game on which they make a living in a case that didn’t directly involve them. Abhishek Goindi and Aditya Wadhwani were subpoenaed to give evidence in a trial between 15 poker clubs and the state of Gujarat, according to a report by GLaws.in. 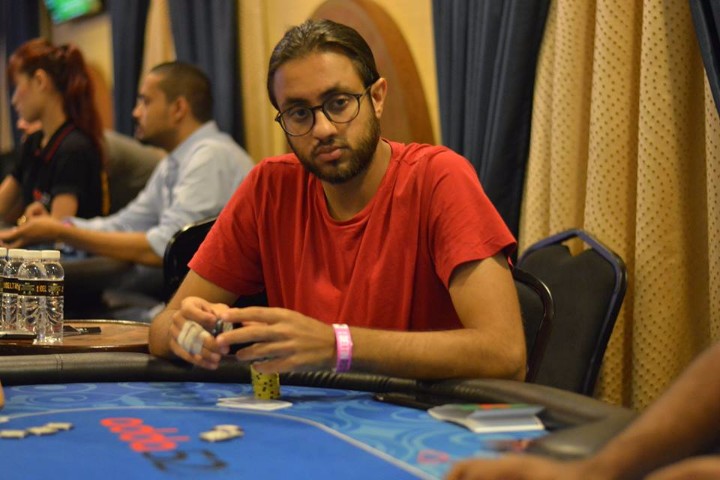 Indian pro Abhishek Goindi has provided evidence in court that poker is a game of skill. (Image: onlinepokernews.in)

In what some say could prove to be a landmark moment in the evolution of poker in India, Goindi and Wadhwani provided expert testimony in defense of the poker club by providing video evidence that poker was a game of skill.

The trial inside Gujarat High Court is seeking to establish whether 15 clubs in the region can offer poker for real money. As it stands, the local government insists that poker is a form of gambling, and therefore violates the Gujarat Prevention of Gambling Act.

However, after hearing civil petitions from a variety of groups, including the Indian Poker Association, the judge was persuaded by Senior Counsel Mihir Thakore to take evidence from the pros.

Speaking in a hearing on Friday, Goindi and Wadhwani, who have more than $300,000 in live tournament winnings between them, showed footage from the World Poker Tour and World Series of Poker while claiming there is a high degree of skill in poker that separates it from common gambling.

The efforts are the latest move by poker players in Gujarat to stop the government from breaking up games. In a statement to the courts in October 2016, the Indian Poker Association also stressed that poker isn’t gambling.

“Since poker is not gambling, it is not under the ambit of the Gujarat Prevention of Gambling Act, 1987. The expression Poker does not form part of gaming or gambling,” read the petition.

The current state of affairs in Gujarat sits in contrast to those in the state of Nagaland. In July 2015, the Nagaland Prohibition of Gambling and Promotion and Regulation of Online Games of Skill Bill was passed. This bill not only classified online poker as a skill game, but opened the doors to a new licensing system in the region.

Since then, online poker has flourished in parts of India. However, despite this classification in Nagaland, the government in Gujarat has maintained its position that poker indeed falls under the state’s current gambling laws and has cracked down on games in the region.

Following the submissions by two of India’s top pro players, the court was due to reconvene on Sept. 11 and post a decision. However, with two senior counsel members unable to attend, the hearing has been pushed back to Sept. 15.

Should the judge rule that poker is a game of skill, it will not only have implications within the state of Gujarat, but also for India’s entire poker economy, which is now one of the fastest growing in the world.