A new court filing obtained today by CardsChat reveals four players are going after the Players Poker Championship (PPC Poker Tour). The complaint, which was filed by noted poker attorney Maurice “Mac” VerStandig, contains 13 different counts, including racketeering, corruption, and fraud,  and accuses the tour operation of having been set up as a Ponzi scheme. 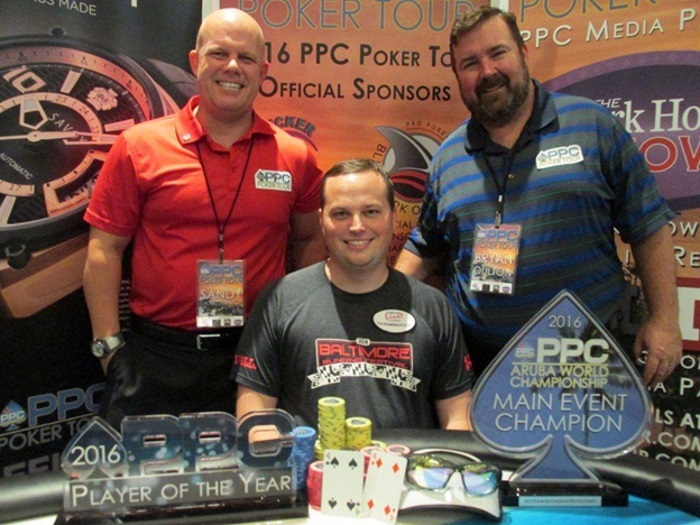 Players Allegedly Out Tens of Thousands

The complaint, whose authenticity has been verified by VerStandig, was filed on behalf of Stephen Deutsch, Michael Lerner, John Ott, and Joan Sandoval. Each made the final table of the PPC Aruba $2,400 Main Event in November, but say they have failed to receive their full prizes.

“PPC was, in essence, operating as a Ponzi scheme at all times relevant, utilizing funds obtained for one purpose to pay individuals owed funds for another purpose, constantly masking this chronic misappropriation until such a time as an insufficient flow of new monies proved inadequate to make good on extant obligations including, inter alia, payment of the Remaining Funds to the Plaintiffs,” the complaint reads.

“. . . Records maintained by the Florida Department of State Division of Corporations also reveal PPC Handling to have been created in April 2016 – a date after which PPC is believed to have commenced utilization of the Ponzi scheme structure set forth supra – by two managing members: Mr. Oulton and Mr. Swartzbaugh.

“. . . The actions set forth herein were all taken after Mr. Swartzbaugh, Mr. Oulton,
and PPC had devised a scheme to defraud individuals – including the Plaintiffs – through the operation of the fraudulent Ponzi operation set forth herein,” the filing additionally alleges.

“. . . At the conclusion of the PPC Main Event, each of the Plaintiffs was given Ten Thousand Dollars and No Cents ($10,000.00) in cash by agents of PPC and told the residue of their respective winnings (the “Remaining Funds”) would be wired to their respective bank accounts in the coming days or weeks,” the complaint states, while adding such wires never materialized.

Tour Owners and Casino Called Out

PPC Poker Tour owners Bryan Oulton and Thomas “Sandy” Swartzbaugh are named as defendants in the complaint, but neither one has responded since allegations first surfaced on the TwoPlusTwo forums. Both men have subsequently disappeared from the public eye, even going so far as to delete their social media accounts, while also wiping the PPC website of all but an information-less homepage that promises: “More details about 2017 coming soon!”

Also named in the filing are PPC Handling Services, Beachside Consulting Group, and Maryland Live! Casino, which hosted several PPC events in the past, including its 2016 Tournament of Champions.

The complaint seeks to hold the casino responsible for hosting feeder events into the PPC’s annual finale in Aruba. The tour was structured in such a way that money was withheld from the prize pool to award players with packages to Aruba. The complaint alleges Maryland Live! should be held responsible, as the casino had a representative who was present throughout.

The player is later identified in the complaint as Deutsch, who in August topped a field of 475 entries to win the PPC Maryland Live! Main Event for $29,011 and the PPC Aruba package, which ultimately led him to his big win.

The complaint also lays out some concerning facts, one being an email sent to three players (which three are not specified) by Swartzbaugh on December 24.

“We are reaching out one last time with the hope you guys will consider our payout offer,” it reads. “As we’ve expressed, if you three will except [sic] the terms we are confident we can get the remaining players on board to get paid out as well. We sincerely ask you consider this one last time. If so, our group is confident we can get everyone paid in a timely matter and move forward with operation of the PPC Poker Tour. We apologize again for the delay and hope you’ll reconsider.”

The terms mentioned are also laid out in the complaint. Each player was promised to “receive an undefined portion of PPC’s free cash flow on a forward-looking basis until such a time as they are made whole,” though a stipulation was that they would, in effect, need to sign a gag order “to refrain from bringing suit against – or otherwise disparaging – PPC during the pendency of such arrangement.”

The complaint was filed this week in the Circuit Court for Montgomery County, Maryland.

Editor’s Note: This is a developing story, check back for updates.