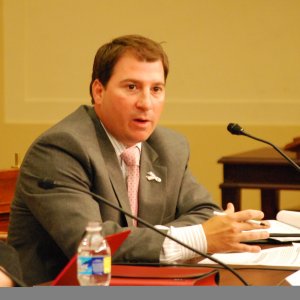 The Poker Players Alliance has stepped up its efforts to push for online poker in Pennsylvania, as the legislative endeavor in the state at last begins to gather momentum.

Last week Representative John Payne’s bill HB 649, which seeks to regulate online poker and casino gaming in the state, sailed through the House Gaming Oversight with an 18-8 majority.

The bill must now either be approved by vote on the House floor and then in the Senate, or it could be tagged onto the state’s 2016 budget plan, which could then be passed by a vote from the entire legislature.

Pennsylvania is into its fourth month of budget impasse as Republicans seek methods of plugging a $2 billion budget deficit without raising taxes.

This is largely the reason that online gambling is back on the menu, and the budget route is viewed as the bill’s best hope of being passed this year.

The PPA is anxious to strike while the iron is hot and is calling on Pennsylvania’s poker players to take grassroots action.

The advocacy group has launched a web page, theppa.org/pa-action, which enables the state’s residents to make their feelings heard to lawmakers, providing tools that allow players to contact state legislators via emails, calls and through social media to urge them to support HB 649

“Regardless of H.B. 649’s pathway to becoming law in Pennsylvania, we want to see Internet poker legislation enacted this year. Therefore, we are calling on all Pennsylvania poker players to tell the state’s policymakers why passing this bill is so important to Pennsylvanians and urging all poker reporters and activists to help spread the word through media outlets, blogs and social media forums,” said John Pappas, executive director of the PPA.

“It is absolutely crucial that Pennsylvania state representatives, senators and Governor Tom Wolf are hearing from their constituents about the consumer benefits of licensing and regulating Internet poker in the state.”

Speaking to TribLive.com this week, Pappas praised the Payne bill for its inclusivity and willingness to welcome PokerStars as an operator.  .

“A lot of players who used to play online back in the heyday would like to see a company like PokerStars back in the marketplace,” he Pappas. “Someone once told me (that banning the current companies) would be like offering coffee for first time in the state but not allowing Starbucks to sell.”

In order for online poker to thrive, liquidity is key, and the bill would welcome interstate player pool sharing. With a population of almost 13 million, a regulated Pennsylvania would double the amount of people in America eligible to play online.

I hope poker becomes legal in Pennsylvania. After that Minnesota might make internet poker legal.