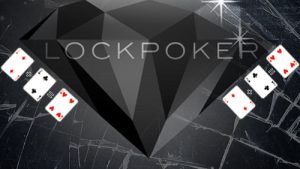 The Poker Players Alliance (PPA)  has begun knocking on the door of Lock Poker, demanding answers about the beleaguered poker site’s solvency and ability to pay its players, although many players feel it’s too little, too late. The PPA, a grassroots organization that looks after the interests poker players throughout the US, sent an open letter addressed to “The Owners, Officers and Managers of Lock Poker,” citing a “substantial number of complaints” that it has received from its members.”

Still Up After UIGEA

Lock Poker was one of a few websites that opted to continue taking American bets post-Black Frida, and benefitted from the subsequent upsurge in US players who were taking a gamble by continuing to play poker online after the Department of  Justice (DoJ) had closed down PokerStars and Full Tilt.

Soon, though, players began to grumble about agonizingly slow payouts and a lack of communication between the operator and its anxious customers. The situation has worsened over the last two years; Lock continues to tell new players that it processes cash-outs within eight to ten weeks, but currently the oldest pending withdrawals date back to November 25, 2012, and it’s believed that an estimated $936,000 in players funds are currently owed. As mentioned in the PPA’s letter, this has caused some players to sell their Lock Poker accounts “on the secondary market for substantially less than the face value,” and many are questioning the solvency of the company.

The PPA wants clarification on four pressing issues and has called on Lock to seize the opportunity to “communicate its policies and situation,” rather than offering the usual “canned emails or emails that simply state the request is ‘still in processing.’ ”

1) Does Lock Poker keep players’ funds segregated from operating funds? If so, what mechanism is used to accomplish this separation?

2) Does Lock Poker have, or will it be implementing, a system to organize its payment processing so that those who have been waiting the longest will be given priority in future payments?

3) Does Lock Poker have a timeline of its plan to pay its players in full?

These are the questions to which players on the forums have been demanding answers for over a year. Last October, Lock left the Revolution Gaming Network and launched a standalone poker site.

“Many exciting changes will be coming as Lock moves to its own platform and steps away from the network model,” trumpeted Lock in a press release. “Lock has elected to exercise its right to terminate the contract [with Revolution] as a result of the numerous and ongoing breaches of contract by the network operator.”

However, Revolution claimed that it has been forced to segregate Lock’s players from the other on the network due to “lack of payment to the network and a large growing debt.”

“The network issued an official final demand notice to Lock in October and unfortunately must now pursue Lock to the full extent possible by law to recover all monies owed and damages caused,” said the statement.

As the likes of Ultimate Poker and WSOP.com work hard to rehabilitate the image of online poker in America, let’s hope these “bad actors” finally get their act together and provide us with some much need answers.

I requested a withdrawal on March 18, 2013. That’s over a year ago.
On April 22 I received an e-mail from Lock saying “We are going to be processing your withdrawal soon! “.
It’s May 4th today, so let’s see how long Lock takes to process my payout.
Actually, with all the stuff I’ve read about Lock an all the others also waiting I’m not really expecting Lock to ever pay me.
IMHO it’s an online poker site run by liars and thieves.