After a year hiatus thanks to the defunct PokerStars Championship series, the Asia Pacific Poker Tour has returned. And leave it to poker’s newest power couple, Kristen Bicknell and Alex Foxen, were at the APPT Macau, which runs through March 25, showing they’re serious. 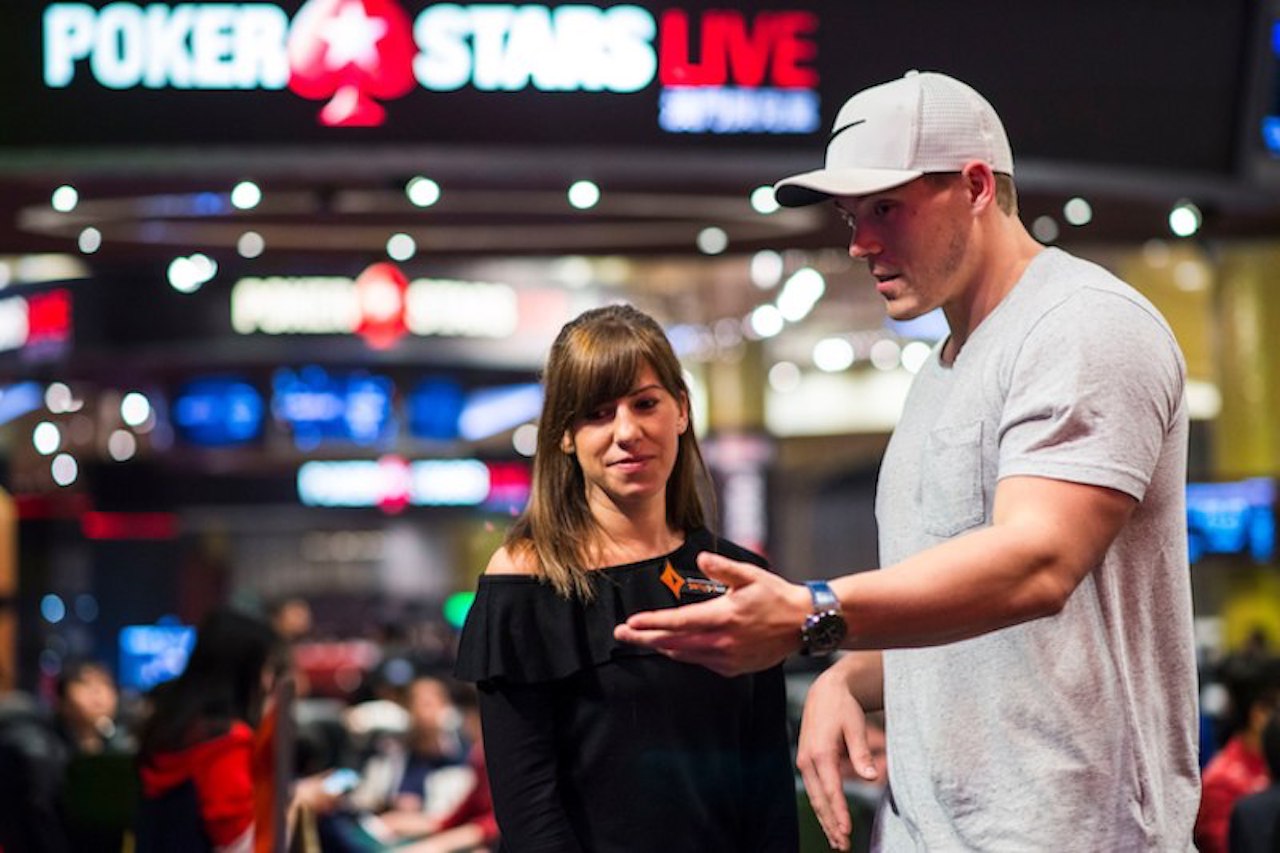 PokerStars LIVE Macau at City of Dreams is playing host to the series, which is comprised of 26 tournaments and will award four PokerStars Players NL Hold’em Championship (PSPC) Platinum Passes. 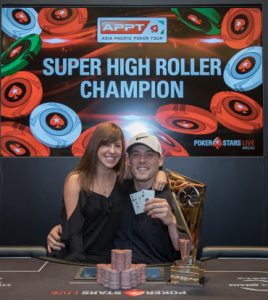 The tournament proved to be a history-making affair as Canada’s Kristen “krissyb24” Bicknell, who last month was crowned GPI Female Player of the Year at the American Poker Awards, became the first female player to take down an APPT High Roller event.

In the final hand of the tournament, Bicknell was sitting with 4 million to Peters’ 2.75 million when the former raised and then called a three-bet. Peters continued on the 10♣5♠6♣ flop and Bicknell called to see the 6♥ turn, which both players checked.

When the 2♦ completed the board on the river, Peters bet half his stack and then called off with the 9♦9♠ after Bicknell moved in. Bicknell rolled over the A♥6♠ for trips and the two-time World Series of Poker bracelet winner notched the second-largest score of her career.

“I feel amazing,” Bicknall said after her win. “I really wanted to win that one and I definitely put all my focus and effort in today…  It feels surreal to even play David Peters heads-up. It feels like a big step in my poker career.”

The 27-year-old Foxen bagged 1.287 million on Day 1, which made him the only player over seven figures. That was made all the more impressive given he bounced back and forth from the table to Bicknell’s rail. On Day 2, he continued to climb and held nearly a third of the chips in play headed into the final table.

“It was awesome to see Krissy [Bicknell] win yesterday and to have the chip lead in this at the same time was a lot of fun too,” Foxen said. “It’s been a cool first few days here [Macau] and hopefully I can finish this one off with a win and get the second trophy.”

“What makes it special to me is definitely the competition,” Foxen said. “I love poker, probably more than anyone. I love the battle with some of the other best players in the world.”

Foxen, a member of Chip Leader Coaching, has arguably been the hottest player in the world in the past four months. In December, he finished runner-up in the WPT Five Diamon World Poker Classic for a career-high $1,134,202, and

As a Canadian and a resident of Ontario, nothing makes me so proud to see our own do well. Obviously most of that attention typically goes to Daniel Negreanu (Born: Toronto) and Mike Leah (Born: Innisvill – just south of Barrie) who are more of the well known pros from Ontario, lately it seems like every tournament she has entered she has kicked serious butt. The native of St. Catharines (just outside Niagara Falls) has been on a hot streak, going deep in the partypoker Latin American Poker Championships, the Aussie Millions (5 cashes), the PokerStars Championship Prague, the WTP Five Diamond $5200 (Won), 4 cashes in the WSOP-E and two cashes in the WSOP International Circuit in Sao Paulo.

That was all within the last 6 months.