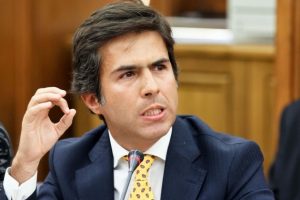 “[The open model] was the model approved by the government of which I was part,” says Adolfo Mesquita Nunes, one of the architects of the Portuguese Gambling Act. (Image: turismo.dnoticias.pt)

Portugal’s long-awaited online gambling reforms came into force on June 28th, although the market is currently closed during the ongoing license application process.

However, the announcement in December that Portugal would be adopting the French model of a partial segregation of its player pool has angered the country’s poker players.

The French online poker market has been spiraling ever since it adopted this self-asphyxiating model in 2011.

Portugal’s decision to follow suit is bad for players, because it limits the scope of games available and truncates prize pools. And it’s bad for the international player pool because it removes, in one fell swoop, an entire nation of over 10 million people from the virtual tables.

It’s also bad for operators entering the market, because without liquidity, they struggle to make money in a highly taxed and highly restrictive online poker landscape. It also makes it next-to-impossible to compete with the unregulated market.

The decision was all the more surprising because the Portuguese Gambling Act made no mention of ring-fencing, leading prospective operators to assume there would be no segregation.

One of the architects of the gambling act, Adolfo Mesquita Nunes, who left the post of Secretary of State for Tourism in November, wrote to ANAon to express his incredulity at the announcement.

“[The open model] was … approved by the government of which I was part,” he wrote. “This was the model that I left prepared as a government member, and these were the instructions I left. If it had been otherwise that would have been reflected in the act we adopted,” Nunes said.

ANAon, in an official statement, announced that segregation was not a “satisfactory option” and that its members would not “join the game.”

“This position is intended to alert the Portuguese regulator [SRIJ] that ANAon’s poker players will not use Portuguese-regulated rooms open only to domestic liquidity or those rooms [which] adopt the French model that accepts foreigners provided they register at the Portuguese platform,” said the organization.

Totally against this restrictive, controlling regulation.

I cant even understand how these rules work . But as the legal sites in Nevada + New Jersey have shown , ‘segregated pools ‘ don’t work too well , for the players, the businesses or the states’ coffers .