After more than eight years of legal wrangling, PokerStars wriggled off a billion-dollar hook, settling its longstanding lawsuit with the Kentucky commonwealth for a mere $300 million — less than a quarter of what the state’s supreme court had ruled the online poker operator owed. The Kentucky lawsuit resulted in the largest civil judgment in the state’s history, holding Stars Interactive Holdings accountable for illegal online poker operations in the state before Black Friday in 2011. 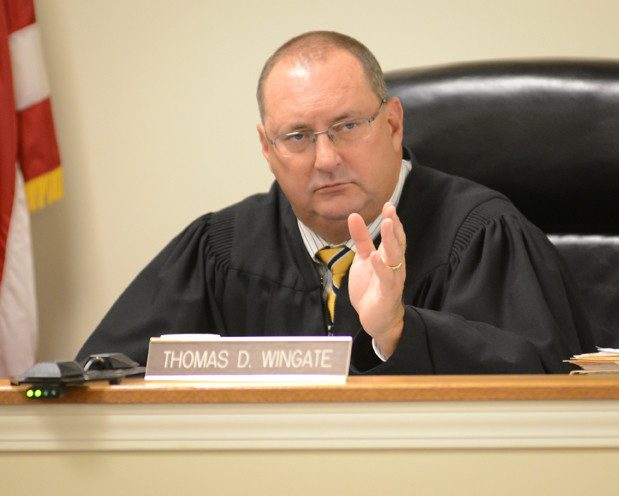 Flutter Entertainment, which bought PokerStars for $6 billion in stock in May 2020, was on the hook for $1.3 billion after Kentucky’s Supreme Court ruled last December that a fine originally levied against PokerStars in 2015 could stand. The amount was based on the value of losing wagers among Kentucky players between 2007 and 2011.

In April of this year, 10 years after Black Friday, Kentucky seized $100 million in bonds. Flutter was in the process of appealing the ruling to the US Supreme Court when it came to an agreement to settle just $200 million more.

In addition to PokerStars, Flutter owns Paddy Power, Betfair, FanDuel, FoxBet, SkyBet and other gaming related companies, making it “the largest gambling company in the world,” according to a profile on Forbes.

Kentucky officials used a law from 1798 that allowed a person who lost money gambling to go after triple the amount of the money that was lost, if that amount was more than $5. Flutter’s lawyers argued that Kentucky couldn’t sue on behalf of its residents in this case, but the Supreme Court of Kentucky disagreed. Before going after PokerStars, the law hadn’t been used in more than 60 years.

State lawyers estimated that between 2007 and 2011, 34,000 Kentuckians wagered $290 million through PokerStars. They then tripled that figure and added 12% interest, bringing their total claim to $1.3 billion in 2015. The state’s court system repeatedly ruled against PokerStars.

In its ruling, the Kentucky Supreme Court called former PokerStars ownership a “criminal syndicate,” referring in part to PokerStar’s founder, Isai Scheinberg, who paid only a $30,000 fine to the US government in September 2020. The then 73-year-old was facing up to five years in prison after pleading guilty to one count of operating an illegal gambling business.

The Southern District of New York cited Scheinberg’s cooperation, and his company’s willingness to settle player accounts of its rivals Full Tilt Poker and others, as reasons for leniency. Scheinberg sold his share of PokerStars to Amaya Gaming in 2014 for $4.9 billion.

Scheinberg’s son, Mark, on the other hand, forfeited $50 million in assets for his role in the company.

PokerStars deals with the G-men

PokerStars operated across the United States until the Federal government made it clear in 2011 that unlicensed online poker was illegal. How did they clarify their position? The DOJ seized the sites belonging to Stars, Full Tilt, and UltimateBet on April 11, 2011 — Black Friday. It’s the day online poker players woke up to find their favorite online poker sites shuttered and their poker funds frozen in a limbo that would take years to sort out. 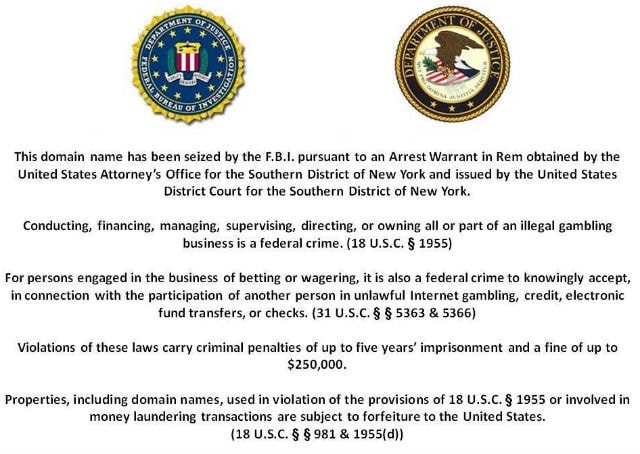 In July 2012, PokerStars reached a settlement with the US Department of Justice for $547 million, which legally cleared its name and allowed them to eventually re-enter the US market in some states where online gambling and poker is now legal. Nevada has refused to grant licenses to companies that operated in its state illegally.

As part of the deal with the DOJ, PokerStars also took control of former rival Full Tilt Poker in exchange for settling $184 million in foreign player debts. All the cash was used to pay back Full Tilt and PokerStars players who had their accounts seized on Black Friday.

PokerStars wasn’t the only online poker site to have to fork over millions to Kentucky and the Feds. In December 2008, PartyGaming co-founder, Anurag Dikshit, paid $300 million to the DOJ for violating the 1961 Wire Act. A few months later, PartyGaming settled with the DOJ for $109 million.

This didn’t stop Kentucky from going after the site, eventually getting $15 million from PartyPoker’s newest owners, bwin.party in 2011.

The Wire Act made it illegal for anyone in the US to make or take bets across state lines using telephones. Designed to allow law enforcement to go after organized crime syndicates in the bookmaking business, it was used along with the Unlawful Internet Gambling Enforcement Act (UIGEA) of 2006 to go after all forms of online gambling, including poker.

The UIGEA didn’t make gambling illegal. Instead, it made it illegal for banks, credit card companies, and payment processing companies like PayPal to conduct transactions with companies who may be violating the Wire Act.  The move worked, and online poker players at that time watched as their payment and withdrawal options disappeared.

The crackdown required the sites to get creative, often mislabeling deposits and withdrawals as purchases from online retailers for items like golf balls, flowers, or other perfectly innocuous items. Of the 11 people charged by the DOJ in connection with running online poker sites, eight of those worked in — and getting around — processing payments.

These men set up fake bank accounts, forged paperwork, and invented shell companies in order to hide the identities of their true customers, the poker sites. Some of them worked directly for several sites at once, others in banks.

Owners of poker rooms who were punished along with Isai and Mark Scheinberg and Dikshit were Absolute Poker’s co-founders Scott Tom and his stepbrother, Brent Beckley. Beckley went to jail for 14 months and Tom paid $300,000, with a week behind bars. 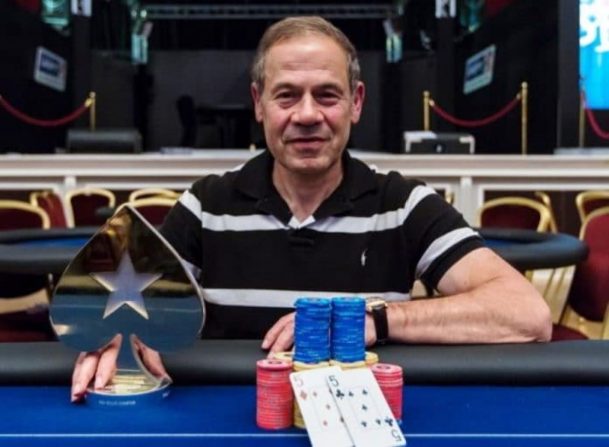 Full Tilt Poker’s former CEO Ray Bitar forfeited $40 million, surrendered homes and commercial properties in three states, and all Full Tilt’s assets. On California’s heart transplant list at the time of his sentencing, he stayed out of prison because of a bad heart.

Here’s the rub, however. After Black Friday did its job of leveling the entire online casino, gambling, and poker industry in America in 2011, the Attorney General declared that the Wire Act only applies to sports betting. This gave states the go-ahead to legalize online gambling and poker.

Kentucky hit the lotto . sounds like the fix was in !