PokerStars Wins 2014 “Online Poker Operator of the Year” at IGA 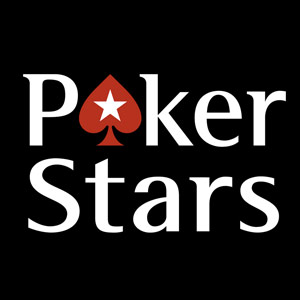 For the second year in a row, PokerStars has taken home the 2014 “Online Poker Operator of the Year” award at the International Gaming Awards.

Without a doubt, PokerStars has enjoyed a great deal of success as one of the world’s most popular online poker sites. The site has also buffered their popularity with a number of prestigious awards, cementing their top spot among the poker elite. Now, for the second year in a row, PokerStars has received the “Online Poker Operator of the Year” award. Handed out at the International Gaming Awards in London, the event recognized some of gaming’s biggest names for a number of honors.

However, even with an unprecedented doubling-up of two big awards, PokerStars has no plans to rest on its laurels. “Run it twice! We’re proud to take down this award for the second straight time,” said Eric Hollreiser, Head of Corporate Communications for the Rational Group. “And we’ll be doing everything we can in the next 12 months to make a strong run at a three-peat.”

Over the course of 2013, PokerStars made a large effort to live up to its previous Operator of the Year award while also implementing new features to improve their product and maintain status as a market leader. In June 2013, PokerStars hit an incredible milestone of 100 billion hands. The operator also received a Guinness World Record for organizing the largest online poker tournament which featured 225,000 participants.

To extend their reach into social media platforms, PokerStars.NET on Facebook Beta was launched in February 2012, acting as an extension of their free-play service. Brazilian soccer star Ronaldo was also signed on as a brand ambassador. Ronaldo joined tennis legend Rafa Nadal for PokerStars’ continued effort in bringing poker to new audiences while increasing the game’s legitimacy with consumers. Though already world-renowned, the World Championship of Online Poker and Spring Championship of Online Poker held strong as two of the biggest poker festivals of the year. Both awarded over $137 million in prizes to players. Additionally, the PokerStars software added four new variants of Omaha poker with 5 Card Omaha, 5 Card Omaha Hi/Lo, Courchevel and Courchevel Hi/Lo.

PokerStars’ “Online Poker Operator of the Year” award was just one of many honors handed out at the IGAs. Melco Crown Entertainment City of Dreams, the home of PokerStars LIVE Macau, took home the Casino VIP Room of the Year award. PokerStars.net APPT Aussie Millions venue Crown Melbourne won Casino/Integrated Resort of the Year. Casino Operator of the Year for the Americas went to Wynn Resorts with Europe’s award going to Aspers.