PokerStars’ venerable World Championship of Online Poker will return for its 20th edition this summer and will again set a new record for guaranteed prize money. The 2021 WCOOP will offer $100 million in guarantees during its run, which is scheduled for Sunday, Aug. 22 through Wednesday, Sept. 15, 2021. 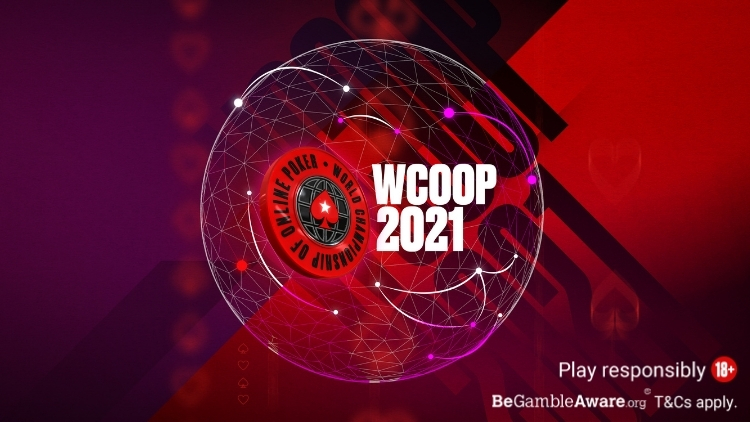 PokerStars 20th WCOOP will be the first to offer $100 million in total event guarantees. (Image: PokerStars)

It’s the first time the WCOOP has offered a nine-figure series guarantee, and the 2021 number easily smashes the series’ previous record. In 2020, the WCOOP guaranteed more than $80 million over its 225-event online schedule and ended up awarding $99.9 million in winnings.

A similar margin of actual entries to announced guarantees in 2021 would put the actual payouts in the $120-125 million range.

PokerStars has withheld most other details about the upcoming series, which is available only to customers on its global dot-com site. Players in firewalled countries, such as the United States, France, Spain, Italy, and Portugal can’t play from those locations, though thousands of those countries’ elite online pros have traditionally traveled elsewhere to play in the WCOOP over the last decade.

PokerStars’ WCOOP is the granddaddy of all online poker series. It debuted in the fall of 2002, in Stars’ very first year of operation. That debut series was modest by today’s standards, with its nine events paying out a little over $730,000 in prize money. The series has grown by orders of magnitude ever since and is now the anchor of the company’s year-round assortment of series offerings.

WCOOP Guarantees Through the Years

PokerStars has steadily increased both the number of events and the size of its overall WCOOP guarantees over the past decade.

In 2017, PokerStars transformed the series to a multi-tier format, using the WCOOP to debut “High” and “Low” buy-in versions of each event. In 2018, that format expanded to a three-tiered system — Low, Medium, and High.

Though event-level details remain to be announced, it’s unlikely PokerStars will veer away from an already tried-and-true format.