The PokerStars VR virtual reality poker room is out of its closed beta testing and available to audiences worldwide, with the initial reaction being largely positive according to reviews posted online. 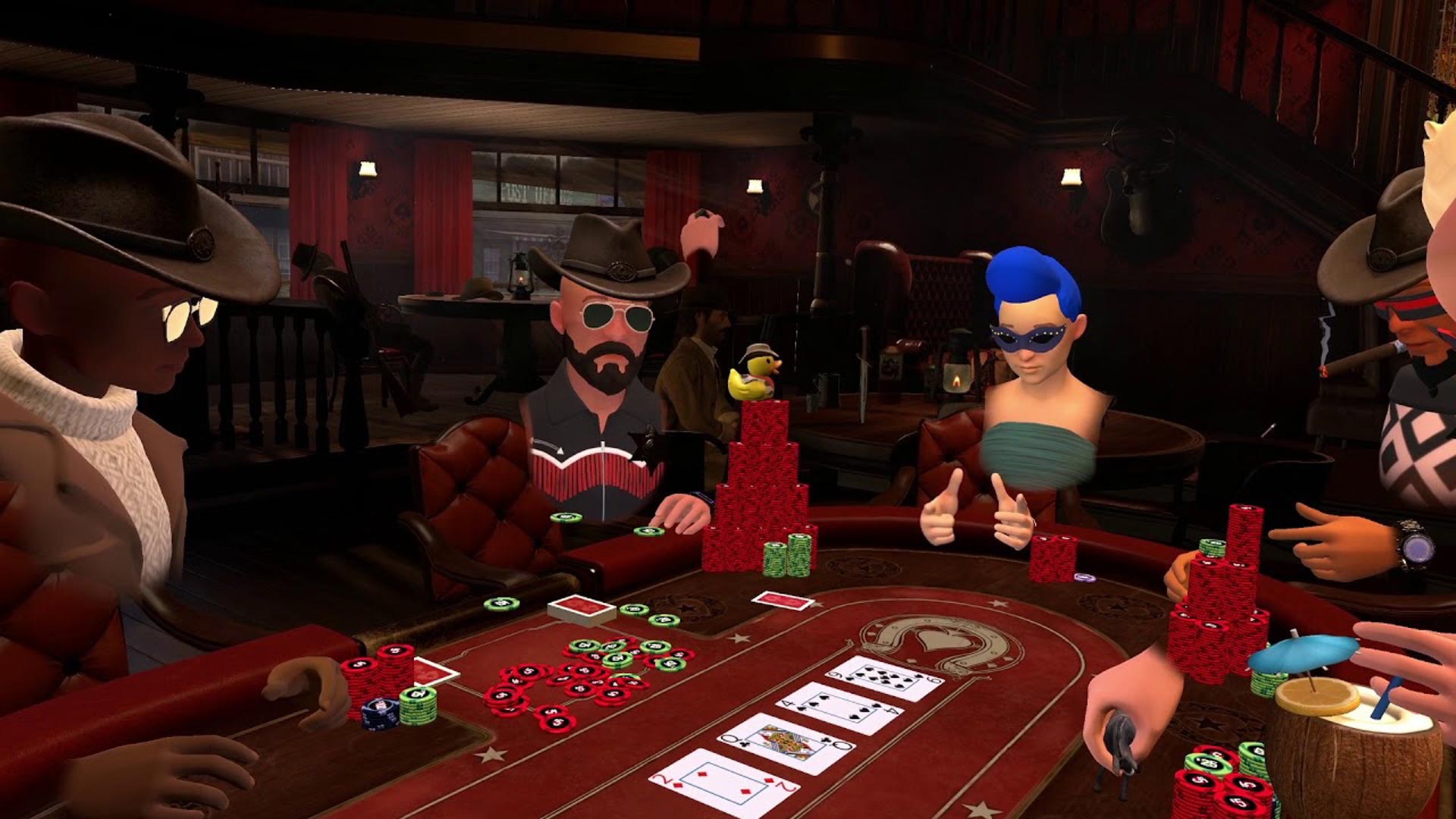 At the moment, PokerStars VR is available on Oculus, Viveport, and Steam, with players needing to own an Oculus Rift or HTC Vive headset in order to get in on the action.

The free-to-play virtual reality game doesn’t allow for real money play, at least at this time. Instead, it offers a fully immersive poker room experience that’s designed to allow people to play the game seriously while also having as much fun as possible in the digital world they’ve entered.

Players can choose from a variety of different environments to play in, ranging from an Old West saloon to a futuristic suite in Macau. Each person can pick up and look at their cards, handle their chips, and interact with other players just as they might at a live poker table. On the other hand, there’s room for silliness if you’re in the mood to have a little fun: players can bring in a variety of props ranging from food to toys and animals that can be tossed around the room while the poker action is happening.

Many virtual reality experiences have relatively little depth to them, especially those that are free to play. But that doesn’t seem to be the case with PokerStars VR, which is earning overwhelmingly positive reviews on Steam in its first few days after release.

“They made a sleek, functional poker game in VR that’s exactly what you’d want out of a VR poker game,” wrote a user posting under the screenname Pineapples. “And then they went absolutely nuts adding extra stuff to play with that’s often more fun than actually playing poker.”

Many of the comments praised the fact that the game offered much more than they would have expected from a free-to-play product.

“Even if they charged $25 for this game I would pay it,” said m4ttic. “It’s one of those rare polished titles and it’s only still in Early Access.”

Complaints were few and far between, though some players said that the prop-based interactions could sometimes be a bit much.

“There should be an option to have a table with gimmicks disabled because some people really pop off those guns and fireworks way too much,” wrote a user by the name of Avatar. “I don’t mind a little bit of it, but we’re here to play poker.”

PokerStars hasn’t yet monetized their first venture into virtual reality, though it stands to reason that the company will want to find a way to make profits from the game – either directly, or by converting play money users into fans of real money poker. For the time being, PokerStars appears content to simply lead the VR poker marketplace, much as they have come to dominate online poker.

“Poker is about interaction,” said PokerStars director of poker innovation and operations Severin Rasset. “It’s been bringing people together for well over a century. We’re really excited to invest in the next generation of the game and to give players the opportunity to meet in a brand new virtual reality dimension.”

Wow Very interesting idea. I want to try to play 3D reality myself. It should be very intriguing. The impression will depend on how PokerStars implements this idea. I am waiting.

This games dev’s are a bunch of sjw warriors. I got banned for like for one bad word…. let that sink in… these guys will never make money on this game. enjoy it while it last as EVERYones getting banned for dumbsht. They have max 50 people on at a time. Same people all day because everyone gets banned for little things.

Neat idea, and it gives people the best experience. However – the catch is this is for play money only.
I am sure lots of people will play this , but eventually they will want Real Money at the games. The extras that they have will just keep them going so long.
After all , poker is just poker.