PokerStars appears to be benefiting from the new liquidity sharing pact in Europe following the launch of a new tournament series. 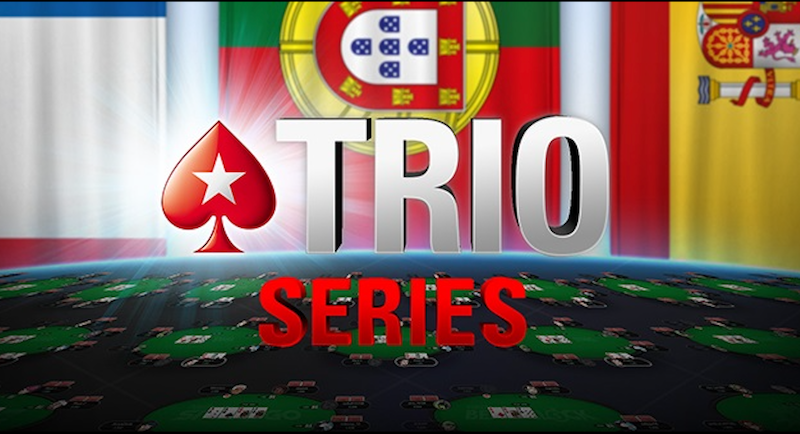 Online poker across the Iberian Peninsula and beyond at the PokerStars Trio Series reminded people of what large tournament fields used to be like. (Image: PokerStars)

A PokerStars tournament series to celebrate the merging of player pools in France, Spain and Portugal — three of the four European countries that agreed to tear down their online poker garden walls — ran from June 3-13, and drew far more players than expected.

In total, prize pools swelled beyond $7 million and helped ensure the main event gave away more than $700,000.

When the final chips had fallen, the biggest winner of the series came from Spain. After overcoming 2,645 entries, Ineed1000ETH took down the first ever Trio Series main event title and $84,000.

The success of the latest shared liquidity event comes off the back of the similarly popular FRESH (France Espania Hold’em) Series. Prior to Portugal officially entering the shared playerpool, customers in France and Spain anted up in their droves for a chance to test out the new communal dynamics.

With the Trio Series providing a boost for PokerStars and the poker economies in France, Spain and Portugal, attention is now turning towards Italy. In summarizing the latest tournament results, PokerStars’ Director of Product Innovation Severin Rasset he is hopeful the site will soon receive the regulatory approval in Italy.

Once Italian players can join the mix, the agreement signed on July 7, 2017 between France, Spain, Portugal and Italy will be in full effect.

“This agreement will set the basis for cooperation between the signing Authorities in this context and will be followed by further necessary steps within each of the jurisdictions involved in order to effectively allow for liquidity poker tables,” read statement from French regulator ARJEL on June 30, 2017.

The decision to merge player pools was largely prompted by decreasing revenue and a swell of discontent from players and operators. In France alone, poker revenue fell year-on-year between 2011 and 2016.

After agreeing that segregating players was contributing to a once vibrant industry’s slow death, these three Western European neighbors struck a deal. The remainder of 2017 saw the technical details ironed out before PokerStars became the first operator to receive a new license from ARJEL in December.

Since then, other operators, including Winamax and Unibet, have been granted cross-border licenses, something which has contributed to an increase in traffic across the four countries. For those active in the US poker market, the recent success of PokerStars will serve as a beacon of hope.

With WSOP.com’s tristate platform going live in New Jersey, Delaware and Nevada back in May, those concerned will be hoping for a similar swell of interest. Should this prove to be the case, liquidity sharing could become a catalyst for further changes for online poker in Europe and the US in coming years.

These are good news for players from these countries since the number of players will grow and benefit the poker community. At the same time, we will enjoy more tournaments and they will be more competitive.

All this is ok, while the community grows well, I think it’s time for these three communities to join and play with us.