PokerStars has announced it will be sponsoring the biggest tournament ever held in Russia just weeks after partypoker scheduled its first event at the newly opened Sochi Casino and Resort. 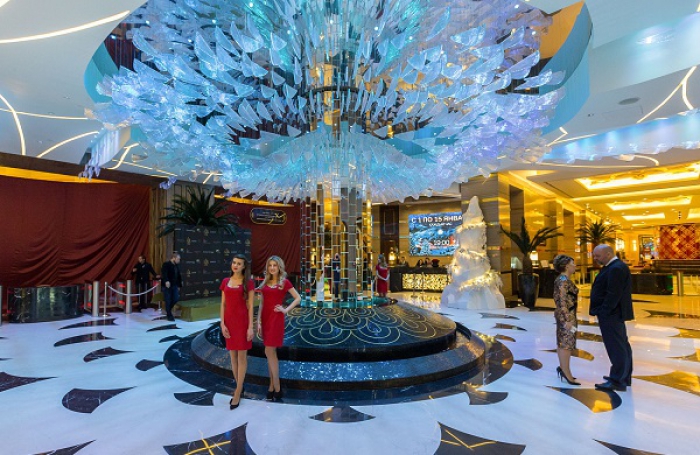 PokerStars has announced its latest championship event at the Sochi Casino and Resort, which will be the biggest prizepool live poker tournament in Russia to date. (Image: ria1bctv)

Russia has become the new battleground in what appears to be a PR war between two of largest online poker operators in the game. At the start of 2017, partypoker launched its latest tournament series, the partypoker LIVE tour.

After outlining an initial schedule, the company announced the partypoker Million National Sochi on January 26. Set to start on March 12 and conclude on March 27, the $1,100 Main Event will boast a $1 million prizepool and at least $200,000 for the eventual winner.

At the time the tournament was announced, partypoker was able to call it both the first event ever held inside the new Sochi venue, as well as the biggest live tournament in Russian history. However, following PokerStars’ announcement on March 6, partypoker can now only call its impending tournament the first to be held inside Sochi.

Although the timing of the move may have been coincidental, PokerStars press release just six days before the partypoker Million National Sochi starts has potentially stolen some of its limelight. According to the release, PokerStars Championship Sochi will bring “dozens” of tournaments to the Russian province between May 20 and May 31, including a $2.6 million main event.

As well as being the latest addition to PokerStars’ ever-growing Championship schedule, the $5,590 main event will potentially have $1.6 million up for grabs, more than partypoker’s Millions event. Of course, it’s worth pointing out that partypoker’s tournament will cost 5X less and incorporate online Day 1s, but PokerStars’ announcement does mean it will now host the richest tournament in Russian poker history.

Aside from being an interesting PR battle between to the two online operators, the recent moves are a sign that live poker in Russia is on the up.

Although brick-and-mortar tournaments are illegal across the majority of the country, there are a select number of regions that are excluded from the government enforced ban. A 2009 crackdown on live casinos by the government left just four designated gambling regions. This number increased to six in 2014 when Sochi and Crimea were granted permission to open casinos.

Since then, a number of casinos have opened, including the one in Sochi. With Russia traditionally being a strong online poker nation, it now seems the ability to offer more live events is a marketing opportunity the top operators don’t want to miss.

The battle between partypoker and PokerStars in Russia looks as though it could spark something of a tournament revolution in Russia, which would ultimately provide more value for players across Europe.