PokerStars has begun rolling out side bets at its poker tables in some markets, adding another way for gamblers to get a little extra action during and between hands. 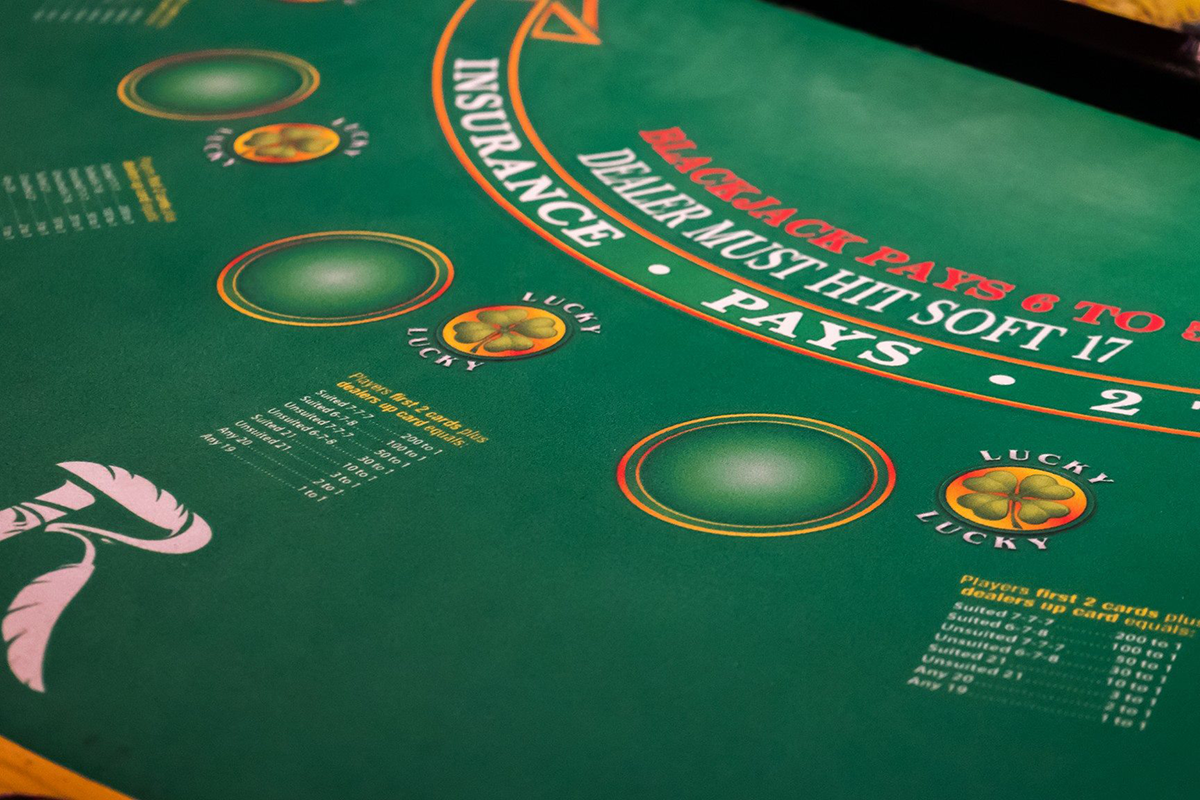 Gamblers are used to seeing side bets at blackjack tables, but PokerStars is now testing them at their online poker tables. (Image: Robinson Rancheria Resort)

According to Poker Industry Pro, which first reported on the new feature, it appears that side bets are available for select customers in the UK and EU versions of the PokerStars software.

These bets aren’t a way for players to win money from each other, nor do they involve any skill whatsoever. Instead, the side bets are wagers on what a player’s next hole cards might be, or what cards will appear on the flop.

Specific details of the bets available or the odds on offer weren’t available at the time of this writing. The money used for these side bets doesn’t come out of a player’s stake at the table; instead, it is deducted from (and winnings added to) their PokerStars balance, ensuring that these bets aren’t impacting play directly. The bets are placed in a separate tab in the same area as the chat and information panels in the user interface.

The introduction of casino betting at the poker table shouldn’t surprise anyone. After all, The Stars Group has been gravitating away from a focus on poker for years now, placing more emphasis on the profitable casino and sports betting verticals. These side bets can be seen as a more direct and convenient way of giving poker players a chance to bet against the house, rather than against each other.

The side bets might even prove to be somewhat popular with casual players who look at poker as just another way to gamble. On the other hand, professionals and other serious players will almost certainly see them as little more than a distraction. Perhaps they’ll be good for a laugh on a Twitch stream, but otherwise, they’ll be seen as a waste of money, given that PokerStars is certain to have a house edge on the side bets.

While the limited rollout has meant that reactions from the poker community have been muted so far, those who have seen the side bets pop up in their software aren’t exactly thrilled by them.

Please let us hide ‘side bets,’” wrote TwoPlusTwo.com forum member netdraft on Friday. “Or at the very least make it the last tab, and not the first which auto-opens whenever we open a table.”

Others complained of technical issues since getting the software update that included the side bets.

“Yeah I’ve already crashed twice today,” wrote Rusemandingo. “It also seems to have new tables stealing focus, which wasn’t happening before. Does anyone know how to roll back to the previous version of the Stars client?”

PokerStars frequently tests new games and features in smaller markets before rolling them out to wider audiences, as has been the case for many of their proprietary poker variants.

Another one “innovation” by Pokerstars…..

Why they just ban all the HUDs, just like Partypoker did, to bring back online poker to the golden pre-Black Friday era? This is also in favour of all the recreational players.

One too many gadgets from poker stars and this one might cost them .. can’t imagine real money players actually play the game .

You can play bets on your whole cards (the two cards that are dealt to you) , and on the flop cards (the first three on the table) the odds are way off as you play against the house at about 5.5 to 1 . So u lose a lot.
For instance when your whole cards are AA you get payed 40 to 1 while every money player knows that AA comes by about once every 220 times . U do the math .

Very obnoxious and in your face pop up with no way to shut it off.

Now we get to the part where the stars group might get into more trouble then they bargained for.

I play real money at ps but I also like to relax in the fun section (mainly to hone my skills against nutcases and bad players in general)
In the fun section I believe the side game is okay because, lets be honest we’re all gamblers, and after a day of math and counting odds it’s good fun to roll a dice ( again these r roughly the odds u receive ) and it doesn’t cost you anything because you play with play chips.

Until three days ago when the side game in the fun section went haywire and STARTED FEEDING ON MY REAL MONEY ACCOUNT !! And I LOST a BIG CHUNK of my bankroll …..

So to all you lovely poker people : if you’re a real money player on ps DONT PLAY THE SIDE GAME in the fun section … U might be in for a surprise …

Contacted ps , obtained file logs and explained to them where the programmers can find the bug ….