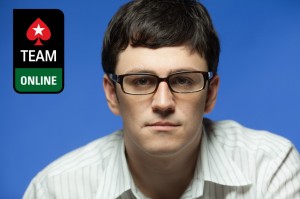 PokerStars has several categories of sponsored professional online poker players, one of them being Team PokerStars Online. These are players who specialize in specific online variations and contribute to the site by interacting with other players and competing in numerous online tournament and cash games.

The roster of Team Online pros now consists of 21 players with the addition of the latest three last week. The most well-known on the list are Isaac “Ike Haxton” Haxton and George “Jorj95” Lind, but others – like Adrienne “talonchick” Rowsome and Mickey “mement_mori” Petersen – have also become quite popular. Katerina “Katerina289” Malasidou, Matthias “Mati312” Brandner, and Luka “LukaSteel” Kovac are now part of the team as well.

PokerStars revealed that the latest search for new Team Online pros consisted of 500 PokerStars Supernova-status players applying for the job. Team Online Manager Chris Jonat noted that the three winners “represented game types and countries that were new to our Team,” but some of the other applicants will be considered again in the future.

Malasidou may be best known for her cameo appearances in her boyfriend’s PokerStars videos. He is Andre “acoimbra” Coimbra, fellow Team Online member. She was born and raised in Greece, but moved to Portugal to be with Coimbra. As she got more involved in poker with his help – as well as her background in Magic: The Gathering and board games – she quit her job as an accountant and played the game on a full-time basis.

Her favorite game on PokerStars is hyper-turbo satellites, but she plans to expand her horizons as she tries to achieve Supernova Elite status. To date, she has made several thousand dollars in online poker. With her new Team Online status, she plans to play more MTTs, including the women-only tournaments, with the mission of encouraging more women to play poker.

Brandner started playing online poker for play money during his years of education, and he then graduated with a technology degree and attended the University of Vienna. By the time he learned enough about the game to be comfortable playing for real money, he quickly earned a reputation as a skilled player at fixed limit games.

With a specialty in cash games, Brandner enjoys mixed games, such as Deuce-to-Seven, Razz, and Badugi. He plays at limits that peak at $100/$200. He has enjoyed playing on PokerStars for years, and plans to continue to improve his game, make other friends on the virtual felt, and draw other players to the mixed game tables.

Kovac got his start in competitive games through video games as well as skiing competitions. Poker came into his life when he needed mental stimulation to accompany his physical skiing expeditions, and he started playing online in Hold’em games. He made enough money to get through college, where he earned a degree in multimedia production. He has continued to hone his game through the years without ever having to take a “regular” job to support himself.

Cash games are Kovac’s specialty, especially Limit Hold’em, but he is always willing to learn more about other games while making a living at his favorite variation.