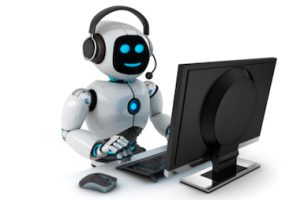 A Russian player remained incommunicado for almost one hour during a TCOOP final table, prompting speculation that the account was being controlled by a bot. (Image: Thinkstock)

PokerStars Turbo Championship of Online Poker (TCOOP) is in full swing, but any talk of recent winners has been overshadowed by claims that a Russian bot may have made the final table in Event #8.

The incident caught the attention of the poker community on Saturday after player “StevenVA” posted a screenshot on 2+2 of the final table chat box.

After both players hit the “make a deal button,” a moderator appeared and started the familiar procedure of asking each of the players their terms. “LuckboxStami” was the first to speak and asked to see the ICM numbers after the mandatory $4,000 left to play for had been removed from the equation.

The moderator explained that LuckboxStami would be entitled to $40,393 while his opponent, “IvanHaldi,” would get $39,450 if they agreed to an ICM split. LuckboxStami was the first to speak and immediately agreed to those terms. But there was no response from Russian IvanHaldi.

Assuming he might have missed the message while he was playing other tournaments, the moderator attempted to contact IvanHaldi via his private messaging service. This system flashes up a message in the middle of a player’s screen and alerts them that they have a pending message.

By this time, at least 30 minutes had passed, and the Russian player had yet to respond in public or private.

Wanting to resolve the situation and restart the tournament, the moderator asked a Russian colleague to call the phone number registered on the player’s account to see what the issue was. Once again, however, the player failed to respond.

Silence Raises Questions from the Rail

By this time, LuckboxStami and the rail were beginning to question whether or not a human was actually in control of the account.

And when the one-hour mark approached and still no response came from the Russian player, the moderator explained that he was going to restart the tournament and that PokerStars’ security team would be reviewing the issue.

The tournament was eventually won by LuckboxStami, who pocketed $48,042 for the win. As of yet, there has been no official comment from PokerStars, but the weight of public opinion seems to suggest that most players believe a human wasn’t in control of the account.

It should be pointed out there are any number of reasons why the player might have failed to respond, including revoked chat privileges (although these can be reinstated during deals) or some form of Meta game.

Although bots have always been an issue in the online poker world, issues with them, as well as third-party software recently after PokerStars requested video evidence from at least one unnamed high-stakes cash game player.

Brought to light courtesy of a forum post by “TooCuriousso1,” the request from PokerStars asked the player to play for 70 minutes while recording the entire thing, with audio and full view of his playing area, to prove that he wasn’t using a bot program.

PokerStars confirmed that it had made the request, but stressed that it has been requesting video evidence for a number of years in an attempt to maintain the integrity of its games.

It’s not yet clear whether or not PokerStars will be requesting video evidence from IvanHaldi.

This is a serious matter since we assume we are playing with humans beans with all the limitations and emotions that are part of us. A robot or computer designed to take decisions with all the odds is not a fair competition and the responsible person should be fined and bar from any competition.

Since when did poker Bots have surpassed humans?

If a Bot can play at that level and win then I want to see that Bot please.

Maybe he was on mobile and unable to text. Or his keyboard broke.

And why did he hit the “make a deal button”?