PokerStars is trying to make draw poker hip again. Well, not exactly, but the poker site’s gimmicky new game — Swap Hold’em — allows players to swap one or both hole cards in hopes of getting a better starting hand. 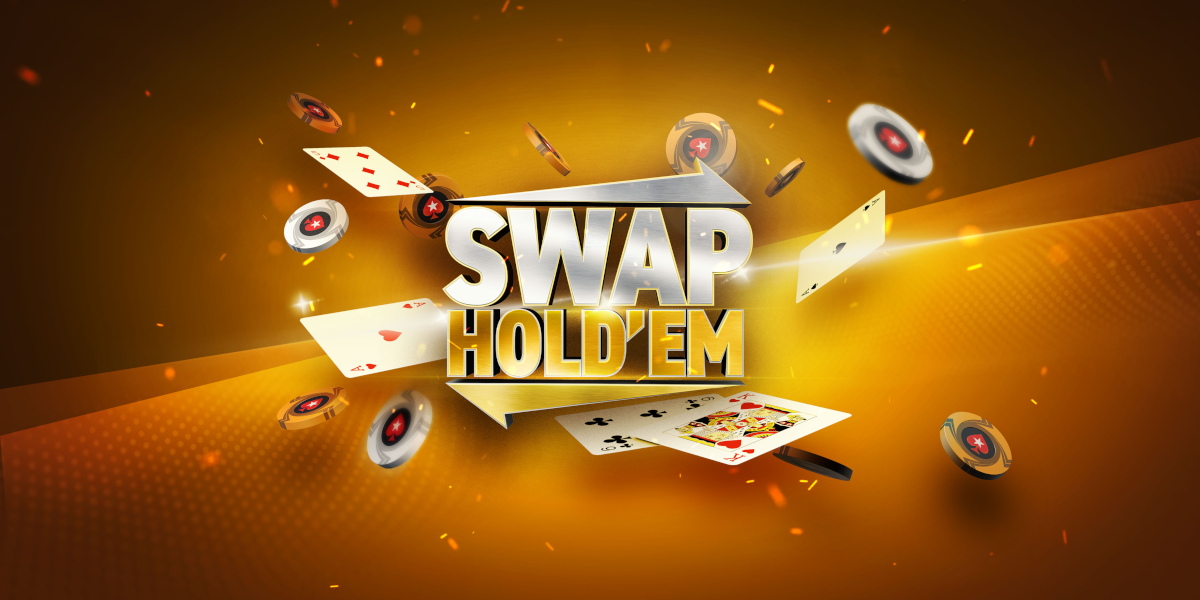 In this five-card draw poker game, the goal is to make the best possible poker hand. Players can switch out all or none of the cards they have been dealt. And unlike in Texas hold’em, there are no community cards.

There are still some semi-popular draw games around, such as 2-7 triple draw, but most of those cash games are spread as part of a mixed-poker game, and made hands differ from those in Texas hold’em or traditional draw poker.

Swap Hold’em is a new option on Stars’ games menu that is played mostly like Texas Hold’em, but with a draw poker component.

Like in standard hold’em, each player is first dealt two hole cards. But instead of immediately jumping into the first round of betting, Swap Hold’em gives each player an opportunity to replace one or both hole cards. So, if you’re dealt a weak hand such as 7-2, you can send those cards into the muck and receive two new cards.

Or, let’s say you are dealt a weak ace (A-2, for example). You can get rid of the deuce in exchange for another card, possibly a second ace or a bigger kicker.

Each player is required to swap at least one card before folding. After the card swapping round concludes, the hand is played exactly like a traditional Texas hold’em game. You can only swap cards right off the bat, so if you completely miss the flop, you’re stuck with that hand.

The game is clearly a gimmick as PokerStars, which just hosted one of the biggest online poker events in history, is always looking for ways to spice things up and create innovative games. We’ll find out in the coming months if Swap Hold’em sticks or if it flops like many other online poker gimmicks.

I am pretty excited about this variation of the game.

Many times while playing, good hands are few and far in between and there is very little action at the table. This variation will most likely increase the chances of action. Although it may present a situation where multi-way pots become harder to avoid as well as aggressive betting.

I applaud Pokerstars for their effort in keeping the game interesting and their willingness to try “new” products. Now, it is off to the tables to have some fun with this variation. It is my intention to come bace to see what others have to say about the experience.

Good lick at the tables everyone!

Even though I love regular NL Holdem, I still enjoy poker variants to spice things up a litte.

Swap Holdem is great and keeps the game interesting. Missed your straight or flush draw on the river? No problem swap your cards and have another chance at it.