PokerStars’ Sunday Million enjoyed a 51.6% spike and broke records over the weekend as players hunkered down to avoid the new coronavirus. 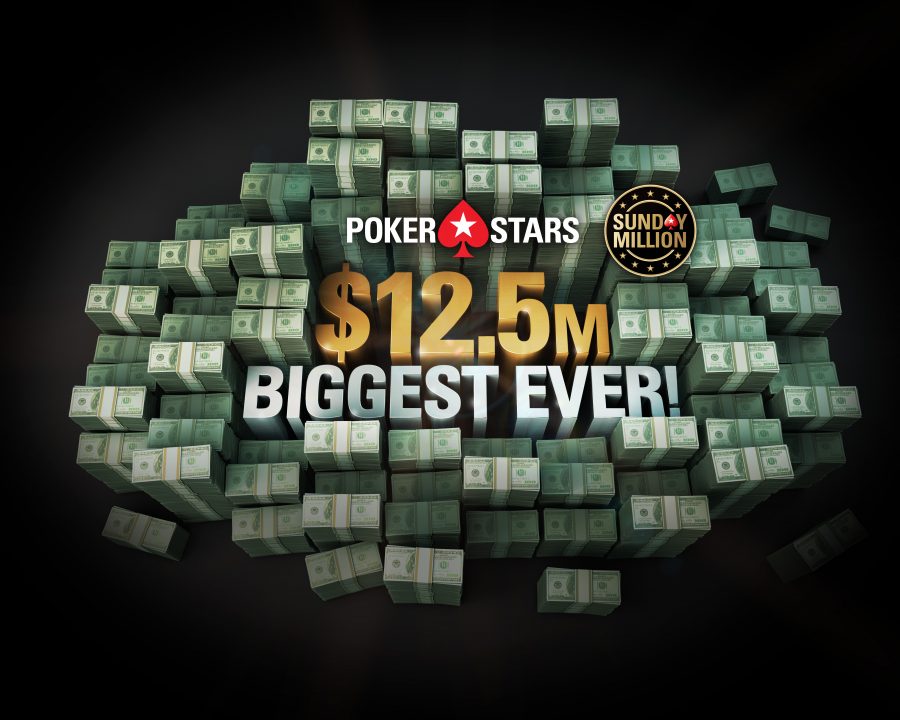 Expectations for the 14th anniversary event were high before Sunday’s kickoff which featured a guaranteed prize pool of at least $12.5 million.

To ensure as much interest as possible, the MTT was given an extended registration period and spread over three days. That tactic has proved successful, as the tournament now stands as the biggest Sunday Million in history.

When the registration period ending on Monday, the tournament attracted a total of 93,016 entries. That figure encompasses 60,898 unique buy-ins and 31,118 re-entries. With expectations exceeded, the final prize pool stands at $18,603,200.

Compared to previous anniversary Sunday Millions, that’s a sharp increase in both interest and value.

Barring a blip in 2018 when the 12th Anniversary Sunday Million failed to reach its guarantee, numbers have been on the up for the past five years. However, with the coronavirus shutting down casinos and live events around the world, the latest special event saw a significant spike in registrations.

On unique buy-ins alone, the latest Sunday Million is up 32.5% over last year. Total entries surpassed the previous record by 51.6%, as did the total prize pool.

By all measures, the 14th-Anniversary Sunday Million will go down as a success. The question, though, is will it also go down as an anomaly?

Tournament poker was on a high prior to the coronavirus outbreak. However, the impact of self-isolation can’t be ignored. In the short term, the pandemic has certainly helped PokerStars reach new heights.

That being said, the devil is also in the details. Unlike past anniversary Sunday Millions tournaments, PokerStars extended the registration period this year, turning the tournament into a three-day event. In one respect, the altered structure is a reaction to the recent tournament boom.

The move was also made to help Stars avoid an overlay. When the 12th-Anniversary Sunday Million missed its guarantee, PokerStars rectified the wrong with a “take-two” event later in the year.

The follow-up did beat its guarantee after attracting 56,310 entries. Despite that later success, the initial miss was seen as a black eye for the industry leader.

PokerStars avoided a similar scenario this year by upping the number of satellites and giving players longer to register. But, even if it hadn’t, the coronavirus lockdown would have likely led to broken records, albeit on a smaller scale.

Regardless, the latest Sunday Million has set a new standard. When the action concludes on Tuesday, at least two players will win more than $1 million. The trick for PokerStars will be to parlay the current situation into a positive that lasts, at least, until the next anniversary of the Sunday Million.