PokerStars Struggles with Yet Another Anti-Rat-Holing Rollout 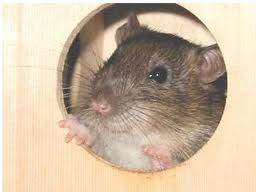 Yet another PokerStars rollout of anti-ratholing software has gotten pulled due to software issues. (Image: betfair.com)

For years, regulars on PokerStars have urged the world’s biggest online poker site to implement rules and software features to prevent rat-holing at cash games. For those not familiar, rat-holing is the act of winning a big pot (or a stack), and immediately leaving the table, only to buy minimally back in, preventing players to win back their lost money. There are players that use this as a meta-game and constantly table-hop, frustrating many regulars at full ring, 6-max, and even Zoom poker games. Regretfully – after a year of debate and a failed roll-out in January – PokerStars announced this week that their planned rollout this week has been delayed.

Why Rat-Holing Hurts the Game

Many regulars agree that rat-holing seriously takes away from the cash game experience; not just at PokerStars, but at all online poker sites. For those that are more live-poker oriented, imagine losing a huge pot to a player, who would then take all the chips and walk away from the game. That player would then cash in the chips, take all the winnings, stuff it in their pocket, then buy in once more at another table and constantly hop around for hours on end. In a live-poker setting, that player would either be asked to leave the room, or get their face pounded. Regardless of whether it is done live or online, the annoyance factor for players is high.

Players have been clamoring for a new system to prevent this behavior at PokerStars, without much success. To their credit, PokerStars has gone on record dating back as far as a year ago as trying to address the issue in both written policy, and via new software buy-in rules. A system was announced in early 2013 by PokerStars that would set “Buy-In Obligations” that would decrease table breaking and seating meta games and to discourage players from moving too many times.

Players have been begging PokerStars to roll out the system as soon as possible and took the measure of even starting an online petition last month as a means of urging the site to do so. This comes after a failed attempt to roll out the new update back in January of 2014, which would have tracked players’ stack sizes when they leave tables and then enforced appropriate minimum buy-ins when they re-join other tables.

After the failed launch in January – and after even more urgency was expounded by players – PokerStars attempted to roll out the new system this week. The update did take place at the $1/$2 full ring and Zoom tables on the PokerStars.com, .ee, .dk, .eu, and .be sites, but the roll out was short-lived. Citing an issue that didn’t occur during beta tests, PokerStars ended up disabling the new Buy-In Obligations system less than two days after it was installed.

Since the statement that the new system was disabled, PokerStars has not issued any comment to update players when the new system might be back and operational. Most players support the implementation of the system, and once it is successfully executed, it will become the first in the industry to specifically curb rat-holing behavior.

just want to say: I like this picture. LOL

Let people play the way they want . I always buy in for max , but I have no issues with people playing differently. If they really wanted a fair game for all they would have no tracking whatsoever……….