PokerStars deepened its partnership with the UFC last week, announcing the signing of three more star fighters as brand ambassadors for the online poker site. 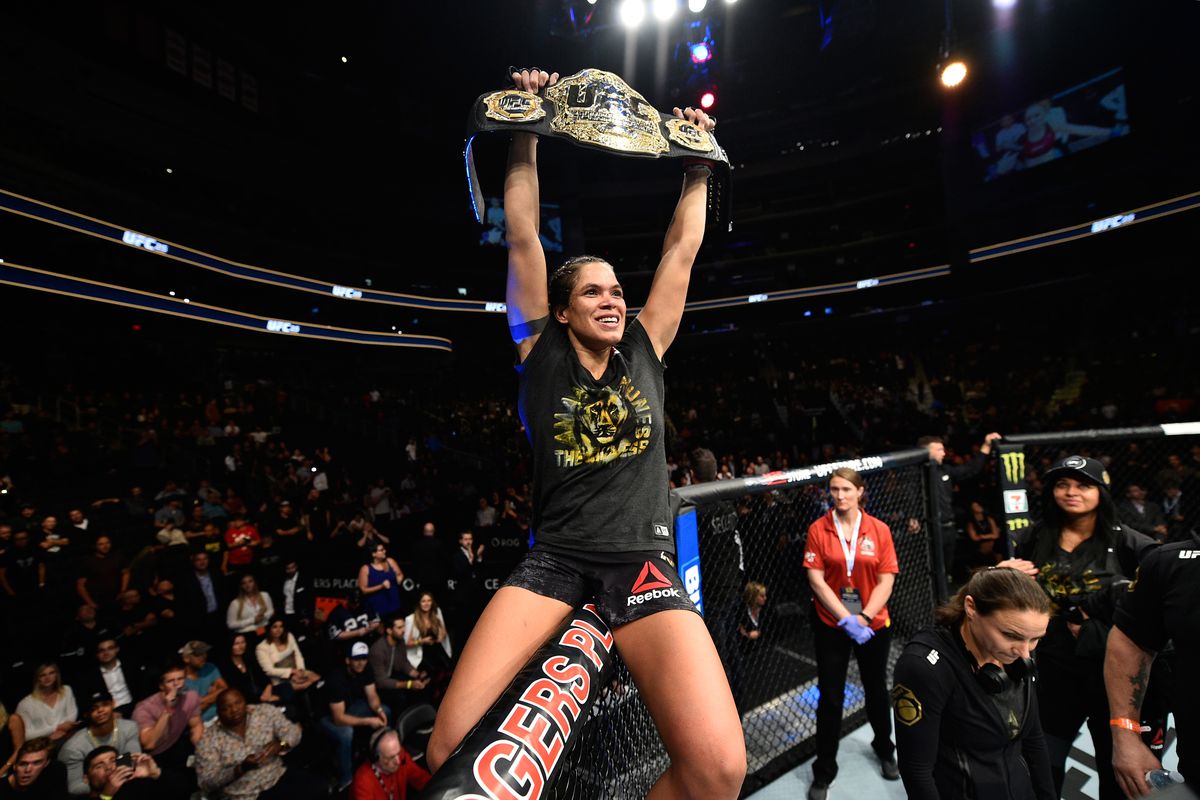 Amanda Nunes is among three UFC fighters who will now be brand ambassadors for PokerStars. (Image: Jeff Bottari/Zuffa/Getty)

That trio joins Daniel Cormier, Rose Namajunas and Johnny Walker as UFC figures who are now active participants in the partnership between the two companies.

The signings come in conjunction with the launch of a new Octagon Chip promotional campaign, which was announced via a new ad featuring a number of UFC stars and Derrick Williams, who won the first Octagon Chip contest this past summer.

The promotion runs as a part of the UFC-themed Spin and Go tournaments that have been available since early this year. Players have the opportunity to win green, silver, and gold Octagon chips, all of which can be redeemed for various UFC prizes.

The biggest prize comes with the one and only gold chip, which will give the winner the opportunity to travel to Las Vegas for a unique UFC experience where they will meet athletes and get a personal training session, among other surprises. When Williams won the gold chip over the summer, he received a VIP trip to UFC 241, where he got to serve as interim UFC president for the night.

The three new brand ambassadors are all well-known fighters in the UFC, each of whom is at or near the top of their game.

Jorge Masvidal (35-13) is coming off of a TKO victory over Nate Diaz in the main event of UFC 244 this past Saturday. The victory earned him the specially-created BMF belt, and might just give the veteran – who entered the fight as the No. 3 welterweight contender – a title shot in the near future.

Amanda Nunes (18-4) is one of the most dominant female MMA fighters of all time, having earned wins over names like Miesha Tate, Ronda Rousey, Valentina Shevchenko, Cris Cyborg, and Holly Holm. Currently on a nine-fight winning streak, Nunes is a reigning two-division champion, and the only woman in UFC history to hold two belts at the same time.

Tatiana Suarez (8-0) is an undefeated 28-year-old who came to prominence after winning the strawweight tournament on the 23rd season of The Ultimate Fighter. Her last five wins have come against increasingly tough competition in the UFC, and she is likely one of the next in line to challenge Weili Zhang for the strawweight title.

PokerStars and the UFC have had an advertising partnership in place since December 2018. The deal began with lots of advertising by the online poker company during a UFC event at T-Mobile Arena in Las Vegas – a way for The Stars Group to get a foothold in Nevada after PokerStars was kicked out of the United States following Black Friday in 2011.