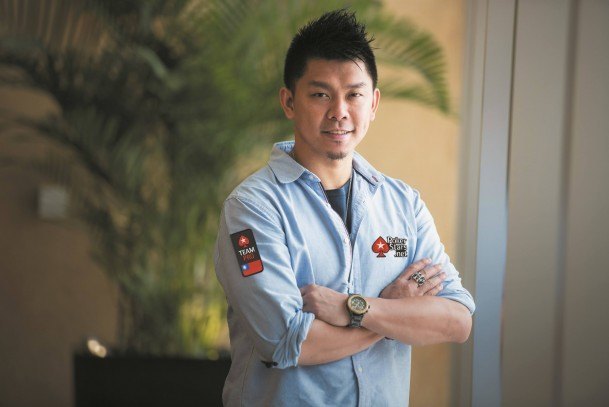 PokerStars has made a killing from its latest Dream Team promotion, but that’s mostly been aimed at a Western audience. Now the gaming conglomerate is looking towards Asia for its next huge player boost.

It’s no secret that if poker is going to experience another boom, it will most likely to take place in Asia, where the game is just beginning to become more popular in many countries.

PokerStars is among the many poker sites and businesses trying to capitalize on this, most recently by signing two more players from Asia to the company’s Team Pro roster.

The new signings, announced this week, were with female player Yaxi Zhu of China and Taiwan’s Chen-An Lin, both of whom have had success in tournaments in Asia. The signings are part of a larger effort by PokerStars to attract players throughout that region, with the site already sponsoring team pros in nations like Japan and India.

“PokerStars has played a key role in the growth of online and live poker, first in the United States, then Western Europe, and more recently in Eastern Europe and Latin America,” the company said in a press release. “The popularity and appeal of local professional players and celebrity enthusiasts help to inspire new audiences around the world, as they seek to learn from and then play against their poker heroes.”

It may be a little early to refer to either Lin or Zhu as a poker hero quite yet, as neither can be called a household name. But PokerStars will certainly try to turn each of them into legends in their native nations and beyond, and they’ll have a good base of strong results to build from.

Since then, Lin has booked dozens of cashes in Macau, along with a couple of cashes on the Asia-Pacific Poker Tour. Earlier this year, he won two smaller tournaments at the Aria in Las Vegas, bringing his lifetime tournament earnings to more than $216,000.

Meanwhile, Zhu is a former finance and business manager who began playing in major poker events last year. And while she does not have the quantity of cashes that Lin enjoys, her biggest results may be even more notable.

The two new pros are both participating in the Macau Poker Cup, which continues through September 13. The highlight of that series is the Red Dragon event, which features a guaranteed prize pool of HK$5 million ($650,000).

Reaching Out in Untapped Markets

PokerStars also has a number of other Team Pro members in Asia, many of whom have been signed within the last year. Kosei Ichinose and Naoya Kihara both represent PokerStars in Japan, while Bryan Huang (Singapore) Vivian Im (South Korea) and Celina Lin (China) are also on Team Pro in Asia.

The outreach in that region has been part of a worldwide effort by PokerStars to attract more players who might not have yet been drawn to poker. PokerStars has also bolstered its efforts in the world of online streaming by signing pros such as Jason Somerville, and a new worldwide marketing campaign featuring soccer stars Cristiano Ronaldo and Neymar Jr. has seen traffic increase at many PokerStars sites.

it’s just smart business to look to the burgeoning Asian market for opportunity .

I think it will attract new players to the Asian Poker Tour.