The 2019 edition of PokerStars’ World Championship of Online Poker (WCOOP) will have its biggest ever guarantee with at least $75 million up for grabs this September. 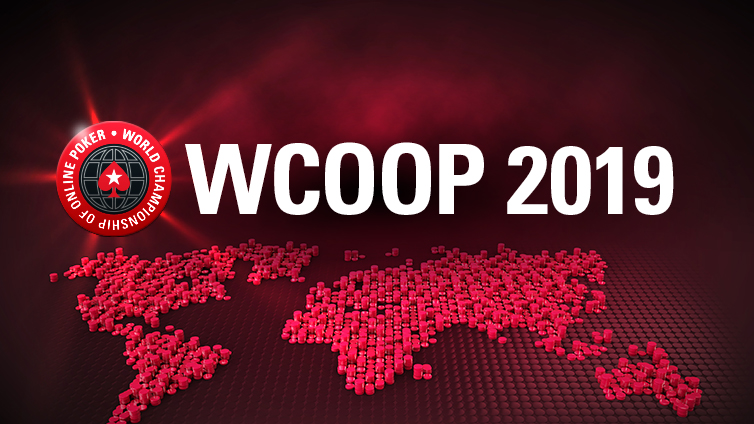 PokerStars is giving away more money and extra prizes during WCOOP 2019. (Image: PokerStars)

The online poker site first announced details of the MTT series at the end of July. Keeping with tradition, it promised another selection of big-money events spread over a two-week period.

With tournament players on tenterhooks, PokerStars finally published the full schedule this week.

WCOOP Bigger than Ever in 2019

Posting details of WCOOP 2019 on August 19, the operator confirmed the series will run from September 5 to September 23. Additionally, there will be $75 million in added value across 73 events.

Each event, will feature three tiers. The only exceptions will be the with two main events, costing $55 and $5,200, and four special UFC MTTs.

In total, players will have their pick of 219 tournaments this September.

As ever, WCOOP will cater to all budgets. Alongside a series of satellites and promotions, low stakes novices can ante up from as little as $2.20.

Varied Schedule Offers Something for Everyone

Ahead of the main events, which get underway on September 22, there will be a host of varied offerings. Pot Limit Omaha, Phase MTTs, 2-7 Single Draw and deep stacks all come as standard.

PokerStars will also be taking advantage of its partnership with the UFC. Using the weight category system common in mixed martial arts (MMA), the four UFC WCOOP tournaments will be known as:

As well as cash prizes, the winner of each UFC WCOOP showdown will scoop a trip to UFC 244 at Madison Square Garden, New York.

PokerStars’ WCOOP has long be regarded as the premier online MTT series. When it launched in 2002, the idea was to create an online equivalent to the World Series of Poker (WSOP).

After initial success, WCOOP became the third biggest poker series (live or online) in 2005 with a total prizepool worth $12,783,900.

Since then, attendance figures and cash prizes have continued to grow. In 2018, records fell as the $70 million guarantee was easily surpassed.

When the numbers were in, 2017’s record prizepool of $91 million was beaten by almost $10 million.

With a reputation to uphold and Partypoker piling on the pressure with innovations such as its $20 million MTT, Millions Online, PokerStars has upped the ante this year.

By guaranteeing $5 million than in 2018, the aim will be to surpass the $100 million mark and set new standards for the online poker industry.

always find ways to destroy their competition. I will not participate in these WCOOP, but I hope the people that will participate at this event, to enjoy their time and their winnings…..We will see what the other platforms will do.