PokerStars wants to become part of India’s booming poker market and it’s already making moves to gain a foothold as soon as possible. 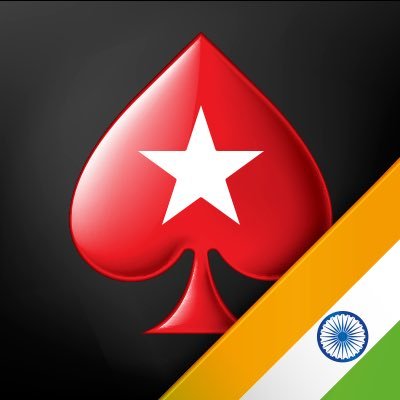 PokerStars is ready to set up shop in India, if the country will let them. (Image: Twitter/PokerStarsIN)

Since Nagaland became the first state in India to pass a law that explicitly gave the green light to online poker operators, several sites have started popping up. India is now allowing states to legalize online games of skill after a ruling in India’s Supreme Court in December.

Khelo365 was the first to be licensed under the Nagaland Prohibition of Gambling and Promotion and Regulation of Online Games of Skill law of 2015.

Birth of a Market Boon

Other sites have gradually followed and now Amaya’s CEO Rafi Ashkenazi has said he wants to make sure PokerStars is in on the action. Outlining his plan in the company’s annual meeting on June 21, Ashkenazi told shareholders that he has a team working to put a deal in place as soon as possible.

Under the terms of Nagaland’s new iGaming law, an online poker site must be owned by a person or entity incorporated in India. Moreover, the site’s servers and those in charge of making decisions must be based in India.

Because Amaya is a Canadian company with headquarters soon to be located in Toronto, it can’t go it alone in India but can partner with an already licensed operator. Based on this, Amaya’s COO, Guy Templer, is now working on a structure that would link PokerStars’ products with one of the country’s established brands.

Ashkenazi said such a deal could be completed at some point in late 2017.

With a population of about 1.2 billion, India is the second-most populous country in the world (behind China).

If PokerStars can establish itself in India, even just starting with Nagaland, one of 29 Indian states, it would be in on the ground floor in a market that analysts have suggested could easily be worth $150 million within a few years.

Poker as Serious Profession in India

Over the last 12 months, poker has caught the attention of the mainstream media in India. Thanks to events such as the Poker Sports League, the game has now become an aspirational pursuit among India’s younger generation.

A recent article in the Indian Express titled “A Career Path Called Poker” profiled Madan Kumar, who left his job in the corporate world to become a professional poker player. By pushing the skill angle and the ways poker can be a vehicle for earning money, students, office workers and business owners are now taking up the game.

Positioning poker as an aspirational sport isn’t necessarily unique to India, but it does seem to be driving the industry forward. While this might sit in contrast to PokerStars’ recent marketing campaigns focusing on the recreational aspects of poker, it’s an angle Stars knows well.

When online poker first started to boom in the US and beyond, skill and learning to become a better player were very much part of the narrative at PokerStars and other major sites. Although India’s recent affinity towards poker might not spark another global sensation, it’s clearly a market looking to grow and PokerStars wants to be a part of it.

This has got to be a super idiotic move. It was OK as a separate business but, as per their FAQ, now Indians will not be able to play against other world players, on the international software. Why so? Shouldn’t it be our choice whether we want to play local or international?

The fools just shot themselves in the foot. Some other international poker co. stands to gain a lot.