PokerStars has temporarily shifted its focus away from casual players in a bid to find the best online cash game player via a new competition known as All Stars. 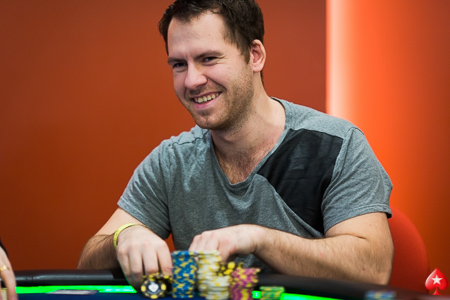 Can anyone follow in the footsteps of Dan Cates and become PokerStars’ $100K All Star? (Image: pokerstars.com)

Announced in a blog post by PokerStars Director of Poker Innovation and Operations, Severin Rasset, the month-long event will pit some of the site’s best players against each other in a profit-based showdown.

Only players with an already impressive cash game record will be invited to compete for a share of the $100,000 prizepool. To ensure a fair selection process, PokerStars will assess a player’s No Limit Hold’em cash game results from the last 12 months using the following criteria:

Giving Something Back to the Grinders

Those that do make the grade will be put into the appropriate category and won’t have to pay any rake in the closed games. Additionally, they must agree to attend all arranged sessions and allow their hand histories to be used for promotional/educational purposes.

To determine the best players, a leaderboard system will be used and the players that make the most profit over the course of a month will win a share of the $100,000 prizepool.

Aside from being a departure from the recent series of tournament-based innovations such as Beat the Clock, PokerStars All Stars is a promotion aimed at seasoned pros.

Over the last 18 months, PokerStars and many of its online poker peers have been rolling out products designed to entice and entertain casual players.

With an emphasis of quick and easy action, these ideas have appealed to new players and those who typically enjoy casino games or sports betting.

A Throwback to the Way Poker Used to Be

In contrast, many established players have taken a dim view of these changes and some even took part in an online protest (by sitting out and blocking tables) back in 2015 due to player reward changes. Although operators have continued to target less experienced players, the All Stars promotion appears to be a way of giving something back to regular grinders.

On top of this, the competition is likely to spark some interest in cash games again. Since Black Friday altered the online poker landscape back in 2011, players railing cash games has become less prevalent.

In the days when Tom Dwan, Phil Ivey and Phil Galfond would play for millions of dollars, “railbirding” was a pastime in its own right.

In fact, PokerStars even used the popularity of high stakes online games to create a mini tournament between some of the best players in 2012. Known as the All-Star Shown, the $100,000 buy-in cash game tournament featured the likes of Isaac Haxton, Daniel Cates (the eventual winner) and Ben Sulsky.

The spectacle was able to renew some interest in high stakes cash games following the events of Black Friday and it seems PokerStars is hoping All Stars will do the same. Eligible players are set to be contacted via email in the coming weeks, after which PokerStars will announce a date for the event.